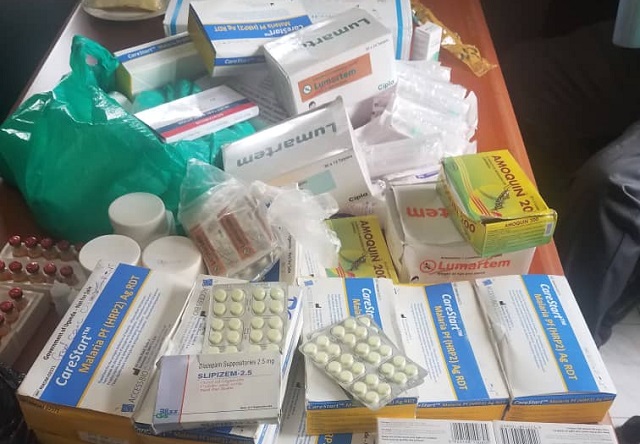 Fifteen drug dealers in the Greater Masaka sub-region are in trouble for illegally operating pharmacies.  They were arrested by the National Drugs Authority-NDA during their week-long compliance and enforcement operation conducted in the area.

Samuel Kyomukama, the head of enforcement at NDA says the culprits were operating unlicensed drug shops and pharmacies in the districts of Kalungu, Masaka, Kalangala, Lwengo, Kyotera, and Gomba. They were handed over to police to be charged for carrying on businesses of pharmacists without formal authorization and retailing classified drugs.

According to Kyomukama, the drug dealers were arrested after they continuously defied NDA’s prior warnings and instructions to comply with the set standards in their operations. He also says that they impounded 287 boxes of both human and veterinary drugs estimated at 114 Million Shillings from 10 unlicensed outlets that were instantly closed down.

Doctor Muhammad Lukwago, the NDA Manager in charge of the Central region indicates that they intend to stop tendencies of having drugs dispensed by unqualified personnel, which raises concerns about safety to the users.  Lukwago has challenged the public to strictly buy drugs from qualified and licensed dealers, as a way of eliminating risks of consuming unsafe drugs.

Doctor Faith Nakiyimba, the Masaka District Health Officer indicates that some of the unlicensed drug dealers were found to promote irrational uptake of medicines; practices she says present negative long-term effects to the public, that include among others high drug resistance rates.