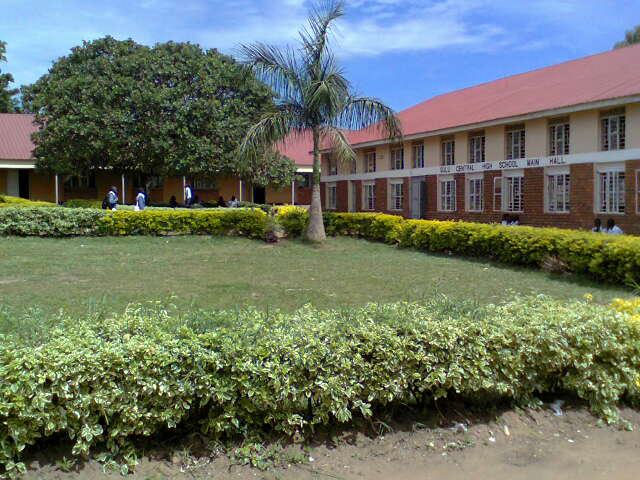 Two soldiers are in custody in connection to the shooting at Gulu Central High School leading to the death of Gabriel Rwotomiya, a senior three student. Rwotomiya was hit by a stray bullet on Sunday night when a combined team of UPDF soldiers and police officers opened fire to quell a violent student strike.

The students rampaged when management declined to broadcast a premier league match between Manchester City and Machester United. Hassan Kato, the UPDF Fourth Division Spokesperson has identified the suspects as Lt. John Oryema Obits and Private Denise Ochora, both from the Fourth Division Army Barracks in Gulu City.

According to Kato, the duo was among dozens of other security personnel deployed at the school to quell the violent strike. The suspects reportedly fired nine bullets in the air to scare the angry students. One of the bullets hit Rwotomiya’s head and exited from his mouth hence killing him instantly.

Rwotomiya was on top of a mango tree in the school premises at the time he was hit by a stray bullet according to the school authority. Kato revealed that the two soldiers are in custody at the Fourth Division Army Barracks as investigations in the matter continue under Gulu CPS CRB 228/2022.

Denise Odongpiny Odwong, the Gulu Resident City Commissioner says that the deceased was not shot at deliberately. He says they discovered the deceased’s body later that night when they saw blood dripping from the mango tree.

He says that they have also arrested some of the ringleaders of the strike. He however declined to disclose their names, saying the majority of them are minors.

Richard Irwenyo, the Gulu City Education Officer blamed the school authorities for the strike, saying it was wrong for the school management to provide television to the learners.