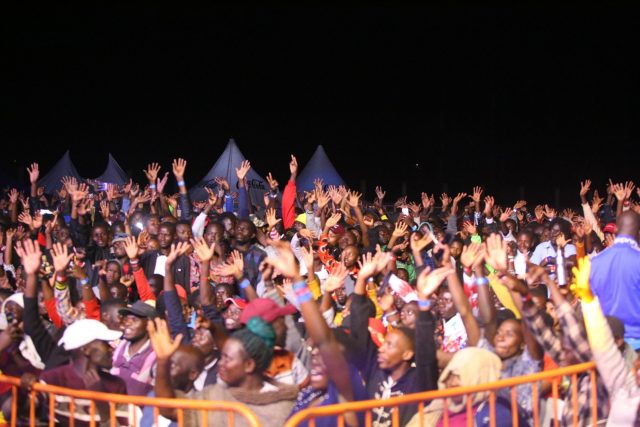 Local radio station Capital FM Uganda had its tour to Fort Portal boosted by top musicians including rapper Fik Fameica, Sheebah Karungi, Bebe Cool and a number of other top entertainers during the weekend.

The tour which took place at Buhinga Stadium in Fort Portal City was the second of the many destinations that the radio station intends to visit as part of their Capital Goes National Tour.

In partnership with Club Pilsener, a number of events are being held across the country to celebrate the biggest and best Ugandan English radio station which has stayed at the top of the radio industry for over 30 years.

The tours, according to Capital FM officials will also deliver a one-of-a-kind experience to Capital FM’s loyal fans and presenters in different towns, regions and cities around the country.

Earlier in March, the first celebration was held in Mbarara City. It attracted thousands of Capital FM fans who were treated to scintillating entertainment by Uganda’s best entertainers.