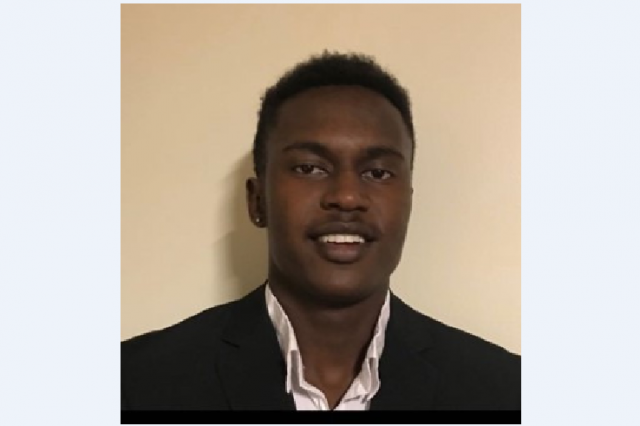 Police in the United States on Wednesday found the body of the missing son of exiled-South Sudanese politician, a family member has revealed.

Dritayi is the son of former SPLM Secretary for External Relations, Suzanne Jambo who is now a resident of the U.S. in the Midwest.

According to a family member in the U.S. who declined to be identified, Dritayi went out for pizza and never returned home.

The pizza place is reportedly a six minutes’ walk away from their home.

The family source says after 30 minutes went without returning home, his mother called him and Dritayi said he was driving on his way to get the pizza.

Dritayi had also told his mother that the delay was due to multiple stops at his workplace – H-E-B Distribution Center in Temple, to check on friends and to see if they had any more job openings since he had left in April.

Dritayi relocated to the United States of America from South Sudan in the early 2000s.

Ms. Jambo felt that her son would be safer going to college in Wisconsin, in the U.S.