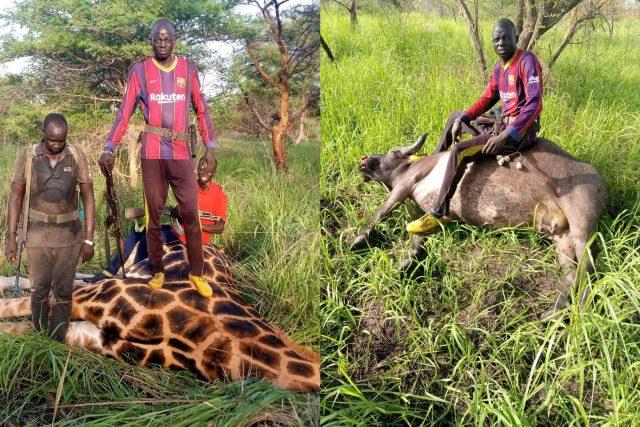 The SPLA-IO has denied the involvement of its officers in the massacre of wild animals in Akobo County of Jonglei State.

On Thursday, the South Sudanese Ministry of Wildlife and Tourism revealed that the poachers who gunned down wild animals in the terrains of Akobo are members of the organized forces.

They reportedly killed the wild animals in April.

Minister Rezik alleged that the animals were killed in the SPLA-IO controlled areas of Akobo County.

He says they are investigating the incident together with high ranking SPLM-IO officials to bring the suspects to book.

However, Puok Both Baluang who is the spokesperson for the First Vice President says he could not confirm if the poaching occurred in their areas.

“We have no information about the poaching of animals in that area, and whether it is true or false,” Puok Both told Eye Radio.

“We don’t have information about the news about animal hunting in an area alleged to be under the control of the SPLM-IO, but we are waiting for the report or investigation that the national ministry is carrying out with the local authorities in Jonglei State and Akobo County,” he added.

Pouk Both says there has been a constitutional vacuum in Akobo County since the dismissal of their commissioner and the appointment of another.

According to him, the area is under SPLM in the unity government.

However, he said he condemned the poaching and called for a speedy investigation.

“We condemn the poaching of animals, especially as they are part of our reserves in South Sudan, and the animals help in the ecological balance of our country,” he said.

The Facebook user pictured himself among the carcasses of a number of wild animals under the caption, ‘I Kim Wiyual in the wilderness.’

South Sudan has six national parks and 13 game reserves with over 300 mammal species, in an area of more than 13 percent of the country’s terrain.

However, the country’s wildlife population is dwindling due to rampant poaching in the country.

Conservationists say, since the start of the 2013 conflict, there has been an increased killing and trafficking of wildlife by armed actors including the government and opposition forces as well as armed civilians.

Minister Hassan said the majority of people in the far-flung areas of the country do not see it as a crime.

Wildlife poaching is a punishable crime under the national and international law.

Recently, the United States government announced in a statement a million dollar reward for an information leading to the arrest of two wanted wildlife traffickers.