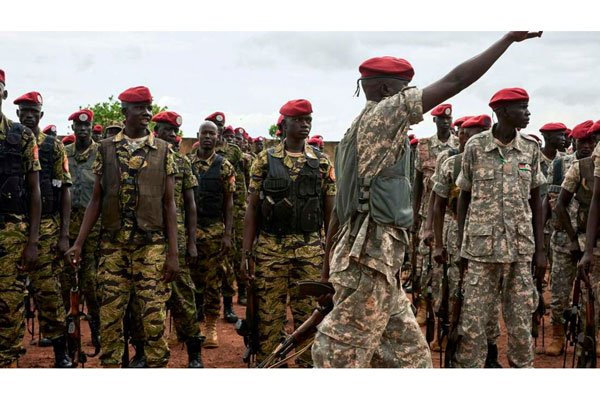 Local authorities in Magwi County of Eastern Equatoria State have said that the Uganda People’s Defence Force (UPDF) soldiers have withdrawn from the county back into Uganda and that the SSPDF had deployed along the common border to maintain security.

On Saturday, UPDF soldiers killed an SSPDF soldier and wounded two others after the two forces clashed in what local officials said was an incursion by the Ugandan army in Chubi village of the Owinykibul area in Magwi County.

Last week, residents in the Pogee border area in Parajok Payam accused the UPDF of encroaching into and carrying out patrols in South Sudan territory creating fear among the locals.

Major Godfrey Bongomin, the police inspector of Magwi County told the media on Tuesday that the SSPDF had deployed along the border of the two countries and that calm had returned to the area following the withdrawal of the UPDF.

“The situation along the border is somehow calm now. The soldiers (UPDF) who were deployed along borders have gone back to their original place (Uganda) and there is nothing like conflict or attacks,” he explained. “Those people (UPDF) are in their place and our people (SSPDF) are also here in their place. It was the UPDF who came towards our side and they fought and they ran back to their barracks.”

He added: “The SSPDF is at River Chubi in Owiny and the UPDF are across the river.”

Meanwhile, Magwi County Commissioner David Otto Remson called for the coexistence of the border communities, a peaceful resolution of the matter, and proper demarcation of the border.

“The situation is already calm. I think the intervention of the government will ensure that both sides remain calm. I think a permanent solution is when the border is demarcated,” he said. “The issue now is for me to engage my (Ugandan) counterpart so that the insecurity is reduced and the people coexist harmoniously.”

Earlier, the Eastern Equatoria State government said the issue of the Ugandan army encroaching into South Sudan was not a state but a national issue.