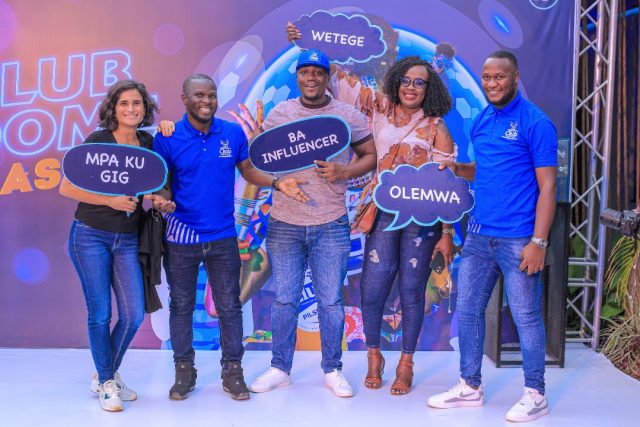 Club Pilsener’s Campus themed Club Dome is back in its 6th year; bigger, better and more lit after a two year hiatus. Club Dome which targets campusers and young millennials in tertiary institutions of learning will kick off in Kampala on Saturday July 16th, 2022 at the Lugogo Cricket Oval. The Dome evolves every year so it stays fresh & with it for the campusers to look forward to; there are different themes for each year and the last one held in 2018 had a Caribbean theme while 2022’s theme is futuristic.

“Club Dome had taken a long break due to the Covid19 lockdown and the ban on events. It used to be one of the events we used to reach out to our consumers and for two years this has not happened, which is why we felt the need to make a huge, big comeback,” Joel Galla, Nile Breweries’ Brand Manager Club and Premiums said during the Club Dome launch held at the Panamera Bar in Naguru, Kampala.

Galla further revealed that as has been done in the past, Club Dome will have tours across the country reaching out to their consumers in different cities and towns. “The Dome is going to move across the country as done in the previous years. We want to reach out to all our consumers and re-ignite that spark for partying and having a good time which had been dimmed by the lockdown,” he said.

“If you are in Northern Uganda, we are coming, if you are in Western Uganda, we shall be there we are also coming to party with you,” Galla added. Although the upcountry venues are yet to be confirmed the events will be held within close proximity to universities in the specific regions.

The Dome joins the list of entertainment events that Club Pilsener has been unleashing since the re-opening of concerts and events which include Purple Party Tours, Capital FM Tours, Brunch-in-House among others. Club Dome also returns at a time when campusers’ favorite Club bottles, the 330ml bottles, have been reintroduced to the market. This will mean that revelers at the Club Dome will have three options of Club Pilsener packaging to choose from; the 500ml long neck, the Club sleek cans or the Shorty.

Galla closed off the Club Dome Launch by stating that the Kampala Club Dome is going to be launched by the Nigerian star Adekunle Gold who will be the headlining performer alongside Costa Titch and the best here in Uganda.