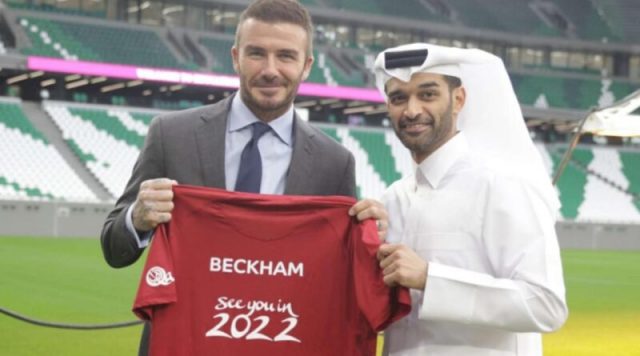 SuperSport viewers on DStv and GOtv will be counting down the days to the 2022 FIFA World Cup in Qatar, with the tournament set to run from 21 November to 18 December and provide the most thrilling distillation of ‘The Beautiful Game’.

Football legend David Beckham has praised the legacy projects being created by the 2022 FIFA World Cup and believes that the tournament changes a country and its people for the better.

Beckham was recently the guest of honour at the Qatar Community World Cup semifinals, a tournament organised by the Qatar Community Football League (QCFL), which was founded in 2016 by the Supreme Committee for Delivery & Legacy – the organisation responsible for developing the infrastructure and legacy projects for Qatar 2022.

Beckham, who appeared and scored in three World Cup tournaments, said: “There’s no bigger sporting competition than the World Cup. It changes countries and it changes people’s lives. When we talk about legacy, this is real evidence of it.

Beckham went on to explain that fans from across the globe will witness Qatar’s passion for football when the country hosts the 22nd edition of the World Cup – and the first in the Middle East and Arab world.

“There is a rich history here and a love of the game, and that will be very evident when the tournament starts at the end of the year,” said the former England international. “People will see a football culture that has been here for a long time. And once the tournament finishes, the legacy will be there for everyone to see.”

Hosting the World Cup, said Beckham, is a golden opportunity to inspire the next generation: “When countries are given the chance to host a competition as big as this, it’s great while the competition is going on. But when it ends, what’s more important is leaving a legacy.

“When people ask me what a World Cup does for a country, I say it inspires the next generation. It’s great to host the World Cup but it’s more important what happens after.”