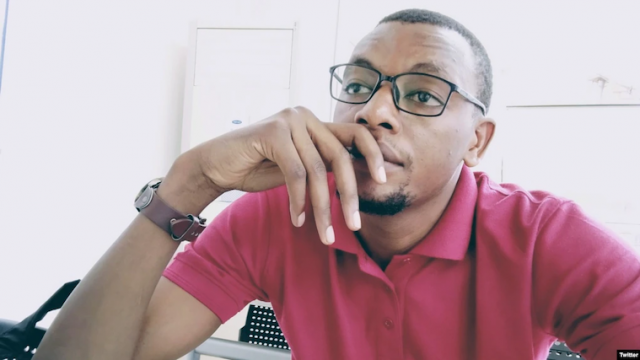 Novelist Kakwenza Rukirabashaija has petitioned the Uganda Human Rights Commission-UHRC accusing the passport office of violating the rights of his children to own a passport.

“Despite the children, their parents, and their lawyers religiously following up the citizens application for passports since March, the Directorate of Citizenship and Immigration Control has refused to grant the children of Kakwenza Rukirabashaija their passports contrary to Article 29 (2) of the Constitution of the Republic of Uganda and Section 39 of the Uganda Citizenship and Immigration Control Act, Cap 66 which guarantees the right to every Ugandan citizen to a passport,” reads the letter.

He explains that no reason has been given to date for the delay in granting the passports to the said children yet other Ugandan citizens continue getting their passports. Express passports are usually issued within a week, depending on the number of applicants.

“This is to draw your attention to the human rights violations and injustice against the children and seek your immediate intervention to enable them to receive their passports and further their dreams without being marginalized,” the letter further reads.

However, Simon Mundeyi, the Internal Affairs Ministry Spokesperson says that he is not aware of any application by Kakwenza’s children and that if indeed they applied, they should avail all their application details to the immigration control office for follow-up.

“There is no way we can work on an application we don’t have. Whatever Kakwenza did, doesn’t affect the children, they are innocent. Even Kakwenza himself has a passport. If one is a Ugandan and hence qualifies for a passport, there is no way they can be denied one,” said Mundeyi.

Kakwenza, who is currently in Germany was arrested on December 28th, 2021 for allegedly abusing the first son, Lt. Gen. Muhoozi Kainerugaba, and his father, President Yoweri Kaguta Museveni through his social media posts. He was reportedly tortured under the supervision of Muhoozi. He fled the country after being released on bail, saying he needed urgent treatment, which he couldn’t access in Uganda.

Ever since he left, Kakwenza has filed several petitions including one before the East African Court of Justice alleging human rights violations and the Judicial Service Commission where he accused Dr. Douglas Singiza, now an Acting High Court judge of exhibiting a level of unprofessionalism while handling his case at Buganda Road Chief Magistrate’s court.