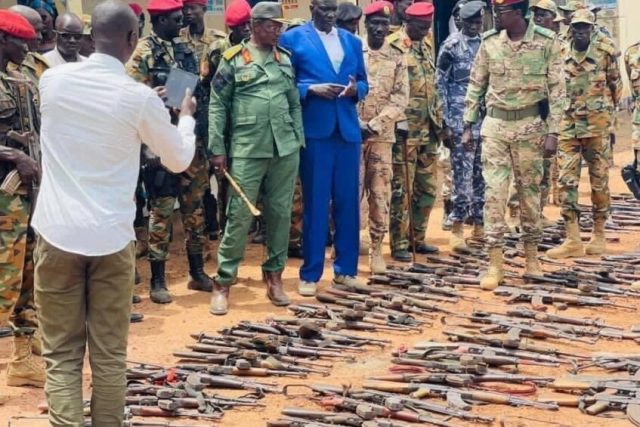 Dozens of soldiers and seven civilians have been killed in a cattle related clashes in Tonj North County of Warrap state, according to the State Information Minister.

The clashes which happened on Saturday involved SSPDF soldiers conducting cattle recovery and some armed youth in the area.

“On Saturday, the acting commissioner issued the order to soldiers to go and release some cattle. In the process, soldiers went to the cattle camp and released a number of cattle, but they were attacked by armed civilians.”

Ring Deng said those killed include the chief of military intelligence and the former Commissioner of Mayen Jur in the defunct Gogrial State.

“The fighting reached the Payam headquarters, then the soldiers withdrew before they reached and then went back to assist the fighting soldiers,” he said.

“In the course of the fighting, eighteen soldiers were confirmed killed and seven civilians dead, and there are some soldiers missing in action up to now.”

This website was not able to independently verify the death toll and the details of those killed in the incident.

Efforts to reach the Warrap State authorities for a comment were not immediately successful.

However, the SSPDF spokesperson Maj. General Lul Ruai who is currently on a visit to Kenya could not comment on the matter.