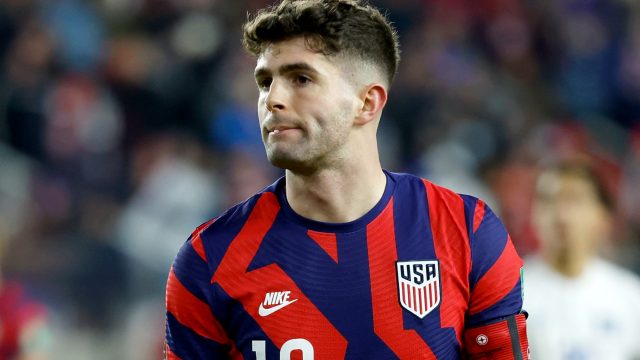 SuperSport viewers on DStv and GOtv will be counting down the days to the 2022 FIFA World Cup in Qatar, with the tournament set to run from 21 November to 18 December and provide the most thrilling distillation of ‘The Beautiful Game’.

The United States will be returning to the FIFA World Cup at Qatar 2022, having missed out on qualification for Russia 2018. One of the key players that the Stars and Stripes will be leaning on through their World Cup campaign is Chelsea winger/attacking midfielder Christian Pulisic.

The 23-year-old scored five goals for the USMNT (United States men’s national team) in their CONCACAF qualification campaign, including a hat-trick in a 5-1 win over Panama in March 2022, and he will be a source of creativity for coach Gregg Berhalter and his team at the global showpiece in November and December.

“Obviously, we are still proud that we are going to the World Cup,” said the former Borussia Dortmund player, who is nicknamed ‘Captain America’ at his current club Chelsea. “I am extremely proud of this group. It is a bit of a weird feeling as I hate to lose so much [the US lost their final qualifier but still secured passage to Qatar 2022], but I cannot wait to go to the World Cup.”

He added, “It’s definitely been a rollercoaster. It is never easy to come down and play in these CONCACAF countries, we know that. We battled through most of it. At the end of the day we’re in the top three [in the third round of CONCACAF qualifying] and we’re going to the World Cup so we should be proud.”

The Pennsylvania-born player has been a part of the national team set-up since 2016, when he made his debut as a teenager against Guatemala. He has racked up 48 caps and 21 goals, as well as gathering tournament experience with appearances at the 2016 Copa America and 2019 CONCACAF Gold Cup (where the USMNT finished as runners-up).

Pulisic will hope to show the same kind of adaptability and resilience as his sporting icon, golfer Tiger Woods: “My biggest athlete inspiration was actually Tiger Woods growing up,” he explained. “I just loved his mentality and felt he worked so hard to be as good as he was.

“My biggest takeaway, especially recently, is maybe things aren’t going to go in exactly the way or the plan you had hoped for but I think that everything happens for a reason,’ he continued.

“I really do trust that and believe in that, to just make the best out of every situation. That’s what I’ve tried to do; instead of complaining or making excuses, it’s just making the best out of the situation that you’re in.”