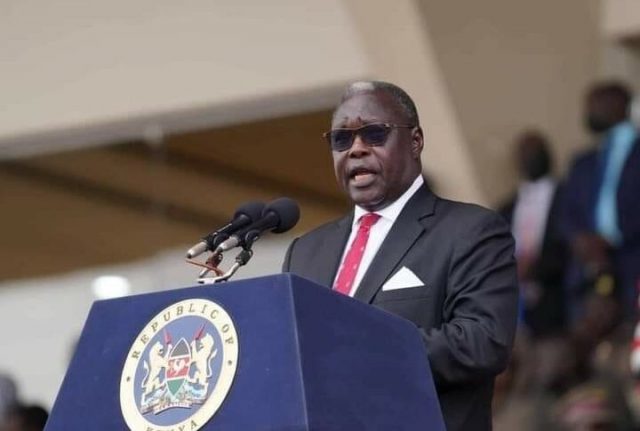 South Sudan has urged the United States government to reconsider its recent decision to cut aid, arguing that the country was making “significant” progress in the implementation of the peace accord.

On Friday U.S State Department announced the end of its support to the Reconstituted Joint Mechanism and Evaluation Commission (R-JMEC) and the body monitoring the ceasefire deal (CTSAMM), citing what it described as “lack of sustained progress on the part of South Sudan’s leaders”.

“It is unfortunate the Americans have taken the decision at the time significant progress has been made.  You know the leadership of the unified command structure has been formed. We now have the command structure reflecting all the faces of everybody. A timetable has been drawn to graduate the soldiers in the training camps. The constitution-making process is processed and the security-related bills, all these which are being cited as the reasons or the other have seen significant progress”, Cabinet Affairs minister, Martin Elia Lomuro said in a statement issued on Friday.

The minister said government has already prepared a roadmap that examines the revitalized peace agreement and presented it to President Kiir who would hold talk with other political parties participating in the Transitional Government of National Unity (TGoNU) to solicit their views on how to fast track implementation of the remaining issues in the peace deal.

“Yesterday [Friday] his excellency, President Salva Kiir Mayardit received a roadmap prepared by the committee.  The roadmap looked into all the areas and thoroughly examined the status of implementation of the revitalized peace agreement, including what has been implemented, ongoing, and outstanding provisions. The idea of examining the agreement was to come up with a roadmap that will guide the country towards the end of the transitional period in a peaceful manner and to conduct democratic elections that will usher in an elected government,” he said.

The South Sudanese leader, Lomuro said, directed that the committee’s report be presented at a meeting of the presidency in the coming days.

“This is a development which occurred yesterday [Friday], the same [day] we heard of the cutting of funding by the Americans”, he further stressed.

The state-owned television (SSBC) on Friday showed footages of a meeting involving the president, three ministers and the president’s security advisor.

The committee, Lomuro said, examined the whole agreement to see which areas were implemented, those in process, and which are pending implementation as something which has not been an easy process looking through the status of the ongoing implementation of the peace accord.

The committee will come up with a roadmap to guide the end of the transitional period and conduct elections in a peaceful and democratic manner.

The U.S government, in its statement, said South Sudan’s national assembly had failed to enact the Constitution Making Process Bill and continues to delay the enactment of several security-related bills in the previous quarter.