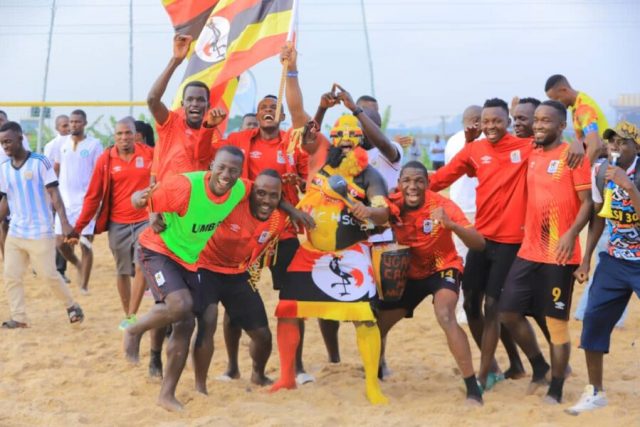 The Sand Cranes beat Comoros on Sunday 4-3 in the return leg of the qualifiers at Njeru to seal a ticket.

The Boys, coached by Salim Muwonge, progress with a 9-5 aggregate victory having won 5-2 in the first leg in Moroni.

Nicholas Mwere was the hero on Sunday; leading the way with a hat-trick while Brian Nkuubi scored the other.

Moeva Chakira scored twice and Ismael Ahmed was also on target for the Visitors but the effort proved not enough.

The continental showpiece will take place later this year in Mozambique due October 21-30.

Uganda return to the tournament for the second time after making their debut last year when they finished fourth in Senegal.

The tournament will as well act as the qualifiers for African teams to the 2023 FIFA Beach Soccer World Cup; the winners and runners-up will qualify.