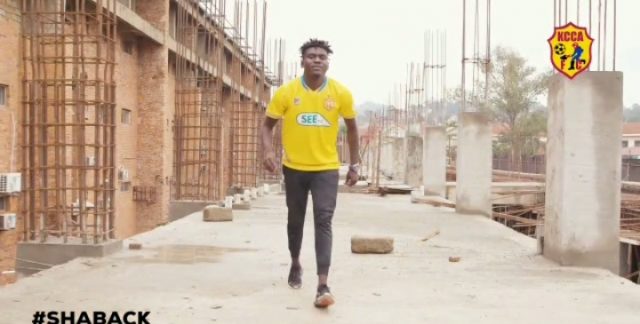 Uganda Premier League side KCCA FC have confirmed the return of striker Muhammad Shaban from Onduparaka.

Shaban returns to KCCA since leaving the side in 2018 when he joined Raja Casablanca in what turned out to be an unsuccessful spell in Morocco.

He had joined the Lugogo-based side in 2017 from Caterpillars on a three-year deal.

During his short time at the Omondi Stadium, he went on to score against St George at Lugogo, a goal that ensured KCCA become the first Ugandan club to reach CAF Champions League group stages.

Shaban left Raja after five games and joined Vipers where his two-year spell was characterized by injuries before returning to Onduparaka.

He scored 16 goals for Onduparaka, going on to help the club survive relegation.

His announcement is a big move for coach Morley Byekwaso who is assembling a squad to compete for next season.

“Today I say goodbye to a magnificent club as it is Onduparaka,” Shaban has written on Facebook in a farewell message.

“I want to thank the Club for helping me become a better footballer and for making me feel at home during my time here.”

Teenagers Faisal Wabyoona, Saidi Mayanja, and Allan Enyou are the other additions.