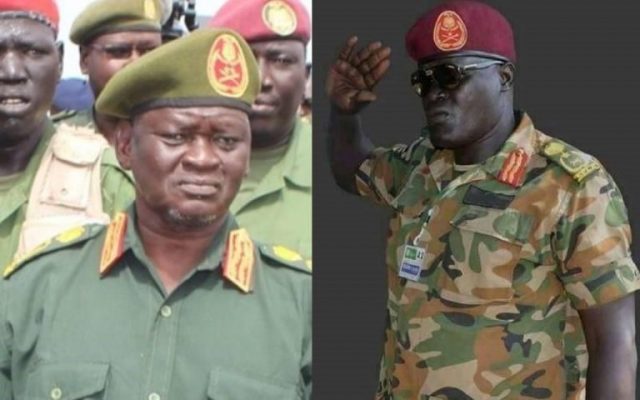 Calm has returned to Panyikang County of Upper Nile State after Kitgwang splinter groups clashed two weeks ago, the commissioner has said.

He stated that rival forces loyal to leaders of Kitgwang splinter groups, General Simon Gatwech Dual, and General Johnson Olony have been engaged in fierce fighting leading to civilian casualties.

Commissioner Lual said on Monday that the calm has returned to the Tunga area after the withdrawal of Gatwech forces toward Fangak on the western bank of the Nile.

“Currently, the situation is calm, there is no problem since the fighting that happened some days back, and the civilians have returned to their homes doing their normal life,” said Lual.

“Forces withdrew, they went to the western bank of the Nile toward the north of Fangak,

“Right now, they are very far from the town, while the Aguelek forces are in Tonja so there is no engagement between the two forces anymore.”

The leaders of the SPLM-IO splinter group, Simon Gatwech, and Johnson Olony, had fallen out early this year, after signing an agreement with the government in Sudan.

In June, the SPLM-IG and the holdout Kit-Gwang-Agwelek forces said they have started implementing the security arrangements.

However, General Gatwech, the former SPLA-IO Kitgwang leader, expressed doubts over the process.