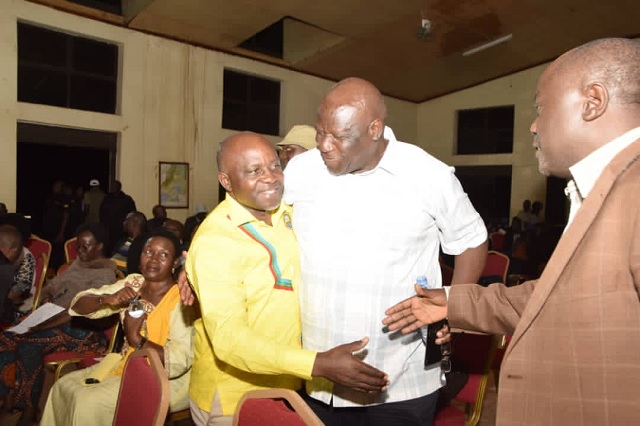 Thembo Gideon Mujungu has been elected the Busongora South Constituency Member of Parliament.

However, members of the opposition are not happy saying the exercise was largely militarized. The former leader of opposition Winnie Kiiza, who was backing Mbaju says soldiers were largely involved in controlling the exercise with some of them voting even when they were not in the registers.

She also decried police’s action to arrest Kighema when the candidate stormed the Katunguru Primary School polling station after his agents notified him about some irregularities. The candidate was later in the afternoon released by police.

Ernest Kasoke, the Chief Mobilizer for Mbaju was also reportedly arrested by armed men for unknown reasons. Saulo Maate, the Kasese district FDC chairperson says they will prepare to challenge the outcome.

The seat fell vacant after the Court of Appeal nullified the election of NRM’s Mujungu last month on grounds that the elections were marred by gross irregularities.

Three Justices of Appeal led by Fredrick Egonda Ntende overturned the decision of the High Court in Fort Portal and concurred with Thembo’s rival Mbaju that there were irregularities at Katunguru Primary school, Katunguru Market, and Busunga Primary school polling stations in Kasese District.