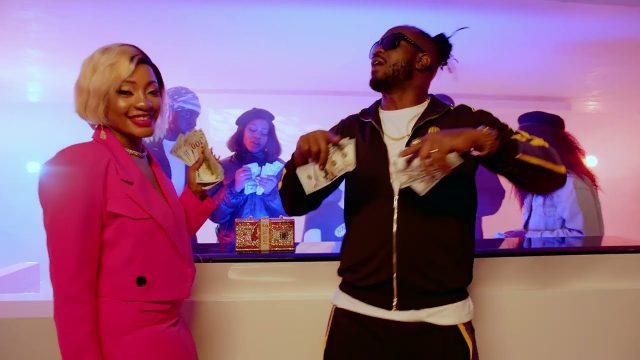 The new song which is already available on all streaming sites is proof that the superstar has mastered the art of evolution.

Boss Lady is continued proof that Bebe Cool knows how to evolve and keep in touch with majority music fans; the Youth.

The song has Afro-dancehall beats that will linger in the minds of the youth leaving disc jockeys with no choice but to play the massive tune.

The song portrays the energetic Bebe Cool that we have known from the very start.

In the song, the musician romantically pours his heart out to a woman of his dreams whom he praises and refers to as the boss.

“Ladies of today are bosses because they want to spend like men and some men prefer calling thier lovers bosses as it satisfies and helps in building self-esteem in the females,” the singer tells us.

He goes ahead to refer to his lover as ‘baby sweet darling’ and asks her to ‘Anoint me with your loving.’

Bebe Cool further assures the girl in question that he will always protect and provide for her at all times.

The vibe and urbanesque nature of this jam with the underlying high-life groove will without a doubt grab the listener’s attention.

The song has a high budget crisp video that we’ve come to expect from the Gagamel International boss. It features some of the best choreographed dance moves by top Ugandan dancers.

The audio was produced at Gagamel Studio by Vad Beats while the video is Elly Workz at Gagamel Films.

Boss Lady was written by Ronnie on Dis One and edited by Bebe Cool himself.