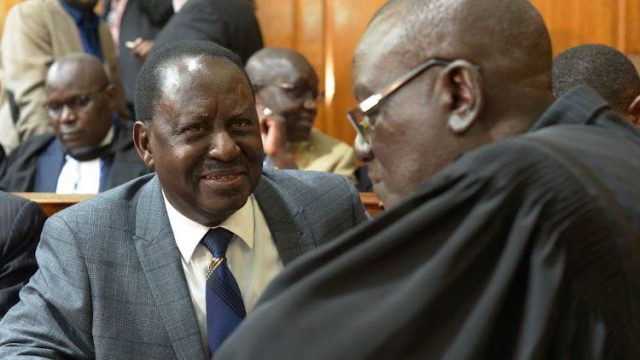 Kenya’s veteran opposition leader and five-time presidential candidate Raila Odinga has filed a petition to the Supreme Court, challenging the result of the August 9 election that handed victory to his rival William Ruto.

The petition was filed online on Monday morning, and physical copies arrived at the supreme court in the afternoon.

Odinga, who ran with the backing of the outgoing President Uhuru Kenyatta, has rejected the outcome of the election, branding it a “travesty” after he narrowly lost to Ruto by around 230,000 votes.

“We have a strong petition, and we’re hopeful that it will go through,” Daniel Maanzo, one of Odinga’s lawyers, said on Monday.

“We’re asking the court to decide if the constitution was followed in declaring the presidential results. If it was not within the constitution, then it is null and void.”

The Supreme Court has 14 days from Monday to hear Odinga’s case and deliver a verdict.

Since 2002, every presidential election in Kenya has triggered a dispute, with this year’s outcome also causing a rift within the Independent Electoral and Boundaries Commission (IEBC) that oversaw the poll.

Odinga, who was making his fifth bid for the top job, also approached the Supreme Court in August 2017, when President Uhuru Kenyatta was declared the winner of the presidential race.

The court annulled that election and ordered a re-run which was boycotted by Odinga. Dozens of people died during a police crackdown on protests.

Judges now have 14 days to issue a ruling. If they order an annulment, a new vote must be held within 60 days.