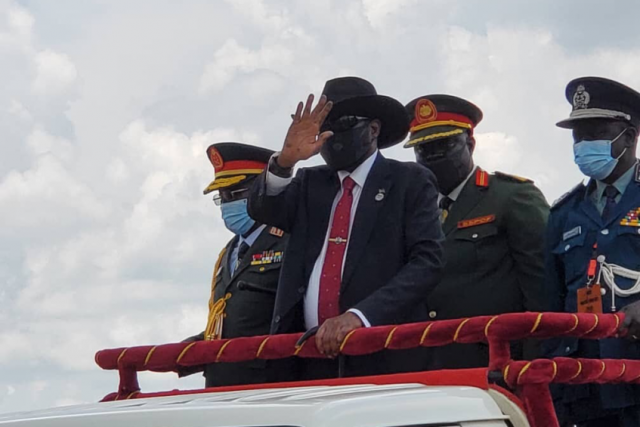 In an order of allegiance read during the graduation ceremony, President Kiir who is also the Commander-in-Chief of the South Sudan Defense Forces (SSPDF), on Tuesday graduated a total of 21,973 unified forces.

The passed-out included 3,308 VIP protection forces of the Unified SSPDF, and 4,366 personnel into the unified South Sudan National Police Service.

The allegiance order was read by Dr. Barnaba Marial during the graduation ceremony at Dr. John Garang Mausoleum in Juba.

The forces were graduated without firearms.

This comes several months after the unity government warned it did no have firearms to graduate the unified forces, citing the arms embargo imposed on the country by the United States.