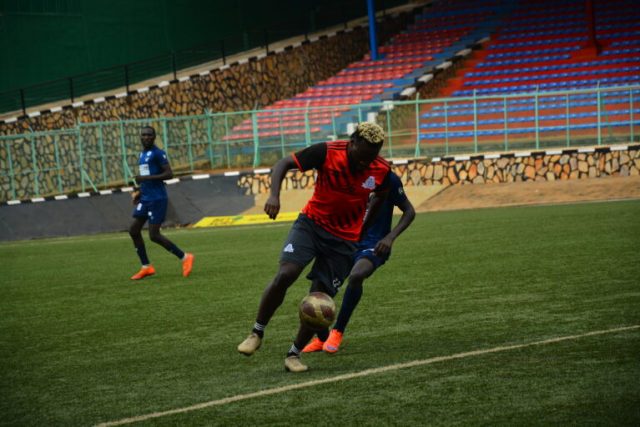 The electric winger was introduced into the game in the 72nd minute, with Karim Watambala paving way.

Signed in July, Lumala had missed two international friendlies for the club against Young Africans and Rayon Sport due to an injury.

And he pulled out of Uganda Cranes squad that was preparing for CHAN Qualifiers against Tanzania.

The news of Lumala is music to ears of Venoms after the winger returned to training two weeks back.

Lumala joined the club in July, then signing a three-year contract and had been without a club since leaving Egyptian side Pyramids in 2019.

Against Bright Stars on Tuesday, Yunus Sentamu and Ibrahim Orit scored a double each at St Mary’s Stadium in Kitende.