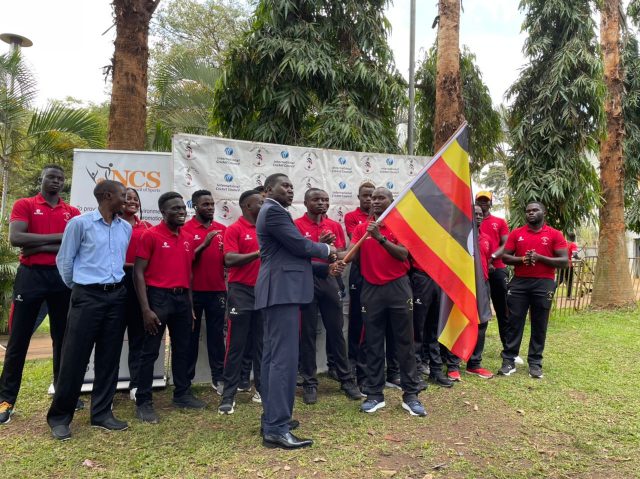 The Cricket Cranes head to South Africa to take part in the 1st edition of the Africa Cup from September 15th-21st in Benoni, South Africa. The Africa Cup was initially scheduled to be in Nairobi in 2020 but the global pandemic put a halt on the tournament.

The tournament in South Africa will have eight nations put into two groups. Uganda is alongside Botswana, Ghana, and Mozambique in Group A. The top two sides in each group will move into the semi-finals before the final. Group B has Kenya, Malawi, Nigeria, and Cameron.

The team has four players making their senior debut, Pascal Murungi, his assistant Munir Ismail and Joseph Baguma who was part of the U-19 team that took part in the World Cup in West Indies have been added to the side. Alpesh Ramjani who has been knocking on the national team has also been slotted into the side.

Brian Masaba returns from a broken finger suffered during the T20 World Cup Qualifiers which also kept him out of the Jersey trip, Deus Muhumuza will be his assistant.

The Africa Cup will be played in the T20 format and all the matches will have T20I status therefore Uganda has an opportunity to pick some valuable ranking points.

The games will have a live stream and we shall communicate how to follow the action from South Africa.