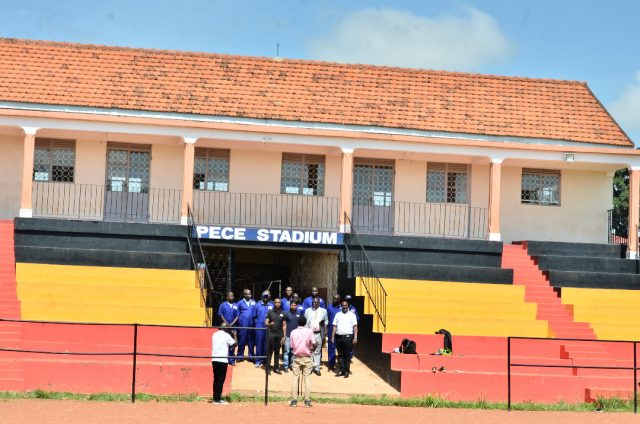 Uganda’s leading paint manufacturers Kansai Plascon have handed over the refurbished Pece War Memorial Stadium to Gulu City officials after a renovation and face-lifting process that lasted close to a year.

The stadium was handed over on Wednesday by Kansai Plascon Brand Manager Daniel Kayongo to Gulu City officials led by Mayor His Worship Alfred Okwonga who was also the chief guest.

“We know that this stadium is of great significance to the people of Northern Uganda and Uganda at large. We are happy to have taken part in its rehabilitation to preserve the great heritage it holds and to make sure that more football talent can continue to grow in the Northern Region,” said Daniel Kayongo.

Pece War Memorial Stadium is the oldest sports facility in Gulu District. It was constructed in 1950s in memory of world war II veterans of the Kings African Rifle from Acholi land. But due to overuse and heavy rains, the facility had gotten dilapidated.

Among the things that Plascon did in the refurbishment of the stadium was reconstruct and paint the perimeter wall that had been damaged by heavy rains, rebuilding the pavilion, painting the whole facility and construction of new sanitary facilities which were lacking.

Kayongo revealed that all the work that was done on the stadium cost the paint company around UGX 75million.

“We are happy to see that Pece War Memorial stadium is back to its glory and is looking fresh now. So many great footballers have developed their talents from here and we are sure more will continue be discovered from this same stadium,” Kayongo added.

After the handover of the stadium, Mayor Okwonga proceeded to commission the opening of the Plascon Color Center at Kismat Hardware in Gulu City.

The one of a kind color centre will have residential painting specialists from Plascon Uganda who will train painters on different shades of Plascon paint and where they can be applied, best practices in painting and share more advice that will help develop the local painters’ skills.

“A good partner is one who doesn’t only look at selling their products to you, but one who also cares about the community in which they operate. On behalf of Gulu City and on my own behalf, I would like to thank Plascon for helping bring back Pece Stadium to to the people of Gulu,” Mayor Okwonga said.

He revealed that the District started the renovation process back in 2017 with planting of a new turf but they reached the middle and got hardships due to financial constraints.

“The District took over the rehabilitation work from the Board of Trustees and War Veterans Association –who were the custodians of the stadium. A team from the district engineering office carried out an assessment and came up with a budget; that’s when we started the fundraising process,” Okwonga said.

“When Kansai Plascon came in, they assured us that they would take on the job and do it until it was finished and as you can see, the stadium looks brand new, thanks to them,” he added.

Commenting about the Plascon Color centre that was launched at Kismat Hardware, the Mayor called upon all the youths to stop lazing around and take the opportunity to learn painting saying this could be a good income generating activity for them.