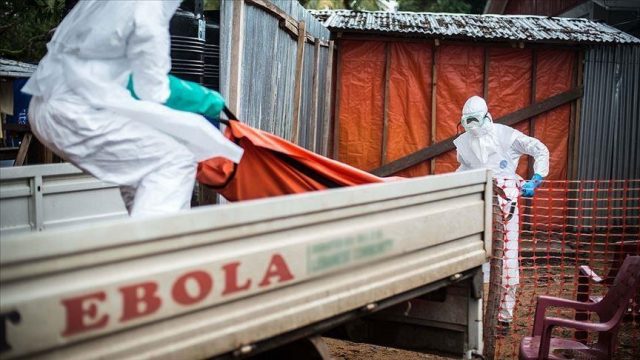 The number of people who have died from the Ebola Virus Disease (EVD) in Mubende district has risen to 12.

As of Tuesday morning, the death toll stood at eight people, but officials say that two more people died on Wednesday morning in the hospital while two others died in a village in Madudu Sub County, the same area where the first case was confirmed on Monday. The first seven people, including an enrolled nurse, died before the outbreak was confirmed.

Dr. Emmanuel Paul Batibwa, the director of the Mubende Regional Referral hospital, says that 10 other people are currently admitted with severe signs of Ebola. He added that four contacts of a victim who died in the Kyaka refugee settlement have also been sent to Mubende hospital for screening and that their samples have been sent to the Uganda Virus Research Institute.

Batibwa says that a team of taskforce members has been dispatched to the community to carry out surveillance and investigate the private clinics where the first patients were reportedly treated. He asked the public to be vigilant and take precautionary measures to control the disease.

Karen Besigye, the secretary for health in Mubende district, said that they have recorded five new patients from Kyaka II resettlement camp and that three people were reported dead in Kirwanyi village. She explains that surveillance teams have been dispatched to establish the cause of death.

Mubende resident district commissioner Rosemary Byabashaija said that plans are underway to limit events and gatherings as one of the measures to reduce the possible spread of the disease.

What is the Ebola Sudan strain?

The WHO said there had been seven previous outbreaks of Ebola Sudan strain, four in Uganda and three in Sudan.

According to the global health watchdog, Ebola Sudan is a single member of the Sudan ebolavirus species and one of the six known viruses within the genus Ebolavirus, and one of the four that causes EVD in humans and other primates.

Uganda’s health ministry on Tuesday declared that the Ebola outbreak in the central Mubende District is of the Sudan variant, different from the Zaire type ravaging eastern Democratic Republic of Congo (DR Congo), according to Uganda’s independent The Monitor newspaper.

The Ebola Sudan was named because the virus causing it was first discovered in the southern part of Sudan, present-day South Sudan, in 1976.

The World Health Organisation (WHO) initially categorized Ebola, whose name derives from River Ebola in former Zaire, now DR Congo, as a hemorrhagic fever before revising it to Ebola Virus Disease (EVD).

According to WHO, Ebola Sudan is a single member of the Sudan ebolavirus species and one of the six known viruses within the genus Ebolavirus, and one of the four that causes EVD in humans and other primates.

The disease cannot be differentiated from others caused by other ebolaviruses by just clinical observation alone.

In a statement, the WHO Africa office said it was helping Uganda’s health authorities with the investigation and staff deployment to the affected area.

Currently, unlike in Ebola Zaire, there is no vaccine against the Sudan strain.