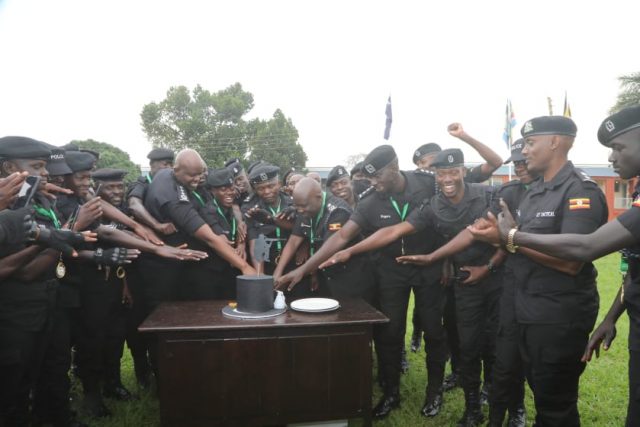 The Director appreciated the spirited performance portrayed to at the 16th edition as Uganda Police emerged winners.

“I am really happy and proud of you all with the performance displayed, let this pride spark you all with a positive attitude towards your work. Let us build from here to get better.” Joyous AIGP Byakagaba remarked.

The Director also urged the team to remain focused and intensify preps for the next event on this year’s calendar, the EAPCCO earmarked for February 2023.

AIGP Byakagaba called upon the team to shift focus and interest on how best the perfomance displayed at the Queen Elizabeth conservation area in Kasese positively impacts the entire force as an institution and the country at large.

The winning team headed by ASP Samuel Muwayi presented the best individuals to the director who displayed great performance at the 16th edition.

These included; Assistant Inspector of Police (AIP) Christopher Ssekinyago and Police Constable (PC) Otingcwinyu Edmond who were victorious in the light Machine Gun (PK) pair in the men’s category.

Police emerged champions in shooting range at Nyamugasani and overall winners of the 16th edition of Inter Forces games 2022 that previously climaxed.