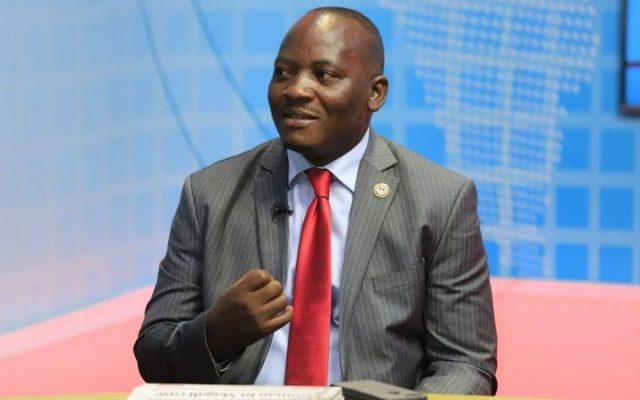 The Leader of Opposition Mathias Mpuuga, has submitted to the government, a list containing details of people allegedly abducted by state security and detained without trial.

According to information obtained by Uganda Radio Network-URN, Mpuuga submitted the list on Friday, October 6th, 2022 to the Office of the Prime Minister and Speaker of Parliament.

“This is to submit details of persons who were abducted by security personnel and whose whereabouts remain unknown. Also submitted are details of political prisoners in Kitalya and Luzira prisons who have been in detention without trial for more than 18 months,” reads Mpuuga’s letter to Prime Minister Robinah Nabbanja.

Others are Kuteesa Saul, George Kasumba, Semakula Abbey, Kato Hussein, Katushabe Phiona. Also listed alongside these are 29 people classified as political prisoners in Kitalya prison and another 3 at Luzira prison.

On Tuesday, Nabbanja wrote to Mpuuga requesting him to furnish her office with the list of the said abducted persons. Nabbanja’s October 4th, 2022 letter followed a meeting convened by the Deputy Speaker, Thomas Tayebwa on September 30th, 2022, which resolved that the Leader of Opposition furnishes the government with more information about the abducted persons so that security can make thorough investigations and come up with a report.

Some of those who attended the meeting included the Shadow Minister of Internal Affairs, Abdallah Kiwanuka, the Prime Minister, the Minister of Security, the Government Chief Whip, the Deputy Attorney General, and the Deputy Commander of Special Forces Command (SFC) among others.

Earlier last week, Kiwanuka who doubles as the Mukono North MP told journalists at parliament that their list to the government will only detail the place, time, and date of abduction. He said they wouldn’t disclose the particulars and contacts of close relatives as requested by the government to protect the families amidst fear of intimidation.

He also demanded that a select committee of parliament is constituted to carry out investigations on the new wave of abductions. “This is not the first time that we are providing full details of persons that were abducted before, during, and after the 2021 general elections. The first time, some of the people they had abducted and detained incommunicado were dumped in different places but in bad shape, maimed, with multiple wounds, and in immense pain owing to the torturous treatment they were subjected to by the state,” said Kiwanuka.

Kiwanuka said that while they await the outcome of the ongoing process between parliament and the Executive, a select committee should be put in place to investigate the matter. At least 54 people were killed during the November 2020 riots that followed the arrest of then-presidential candidate Robert Kyagulanyi Ssentamu of the National Unity Platform.

Other than those killed during the demonstrations, hundreds of others particularly youths were rounded up, the majority many of whom were never charged in courts of law. The second round of arrests occurred in the days leading to the swearing-in ceremony of President Museveni in May last year.

Security then said that those arrested were planning to interrupt the President’s swearing-in ceremony. Some of these have been charged in the Court Martial while others have never appeared in court.