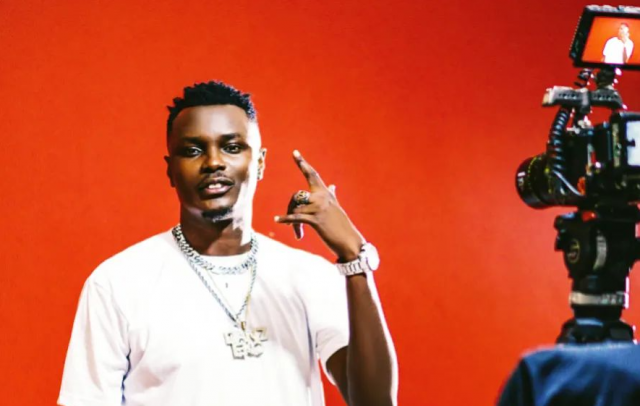 Daniel Kikomeko, better known by his stage name Danz Eko is a Ugandan singer, songwriter, deejay and visual artiste based in the USA

He was born on 21st April 2022 in Kampala, Uganda and Seattle, Washington in 2015 where he established his Recording and Graphics design Studio. In Seattle, he also started Sukuma International LLC, a trucking business company.

Danz Eko started music from a high school church choir and related entertainment school activities where he was actively involved in singing, dancing and drama. He headed the entertainment department in 2002 and 2004 while in school.

Also while in high school, Danz formed an entertainment crew called “Palmsta Crew” where he went by the name of Webzd together with his music partner Careman. They released songs like “Ambiita”, “Mututte” while still in high school that made him popular.

Danz Eko joined Makerere University in 2006 and continued recording songs and this won him fame and became entertainment minister at the School of Industrial and Fine Arts in 2007/2008.

Skilled in production, Danz taught himself audio and video production, and made most demo works from his hostel pre-studio recording. He worked with Mozart Studios and recorded songs like “Yoono Omwana”, “Muzudde”, “Eccupa”, “Akagombe”, “Nkututte”, “Thermometer” (ft Myco Punisher), “Dirty” and “Sirwana”.

They (Pal Boys) worked with producers such as Moses (Mozart) and Allan (D Records) and producer Steve M Pro.

The group took a break from active music due to tight school schedules and after graduating in 2010,they both dedicated their time to their professions where Danz Eko worked as senior graphic designer at MPK Graphics limited.

Musically signed as an artist in the group by names of Danz Eko. (“ndebelebe”), it’s a group featuring other artists like Cosign Yenze (Mr. Bilibamba) the diva Livon Lioness (the lioness) that joined the group in June 2022.

Danz has worked with other songwriters like Dokta Brain, Baqiyo, Omwana Kats and made collaborations with singer Karole Kasita, Michael Kondere and Mary Kim.