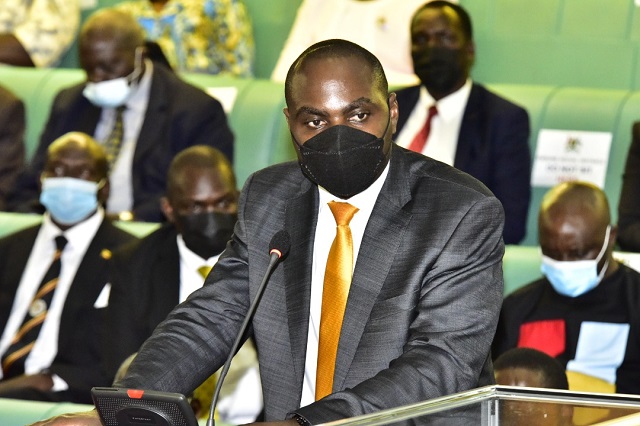 Members of Parliament have approved a request by the government to borrow $464 million (about Shs1.7 trillion) to finance infrastructure and development needs of the budget despite objection from the opposition, who say the loan terms are unfair.

Referred to Parliament’s Committee on National Economy on Tuesday, the loan is to be sourced from Standard Chartered Bank, which will serve as “the lead arranger and agent” for Nippon Export and Investment Insurance (NEXI), a Japanese insurance firm, and the Islamic Corporation for the Insurance of Investment & Export Credit (ICIEC), who will actually provide the money.

Committee Chairperson, John Bosco Ikojo and Hassan Kirumira, Katikamu South MP who presented the majority and minority reports respectively, were both uncomfortable with a clause that required Uganda to waive her sovereign immunity for assets at home and abroad, which implies that the lenders can go for the country’s assets in case of default.

“The committee recommends that the Ministry of Finance should renegotiate the provisions relating to the waiver of sovereign immunity to avoid exposing critical government assets to creditors in case of default,” said Ikojo.

Kirumira also tasked the Attorney General with the same.

“Attorney General needs to renegotiate the terms for Uganda so that we don’t sacrifice the country’s sovereignty and key national assets into the hands of the lender; the terms are unfavorable in their current state for a county like Uganda,” he said.

Shadow Finance Minister, Muhammad Kivumbi questioned the interest payment on the part of the loan supplied by ICIEC, which according to Islamic traditions does not accept interest on loans.

Finance State Minister, Henry Musasizi, however, dismissed the fears and said the government will ensure the final terms are negotiated in a manner that cushions Uganda’s assets.

On the interest payment for the ICIEC part of the loan, Musasizi said that, ’the government of Uganda is dealing with Standard Chartered Bank as the lead arranger; all loans will be from Standard Chartered Bank (SCB) and in effect debt service payment will be to SCB because ICIEC did not make a specific request to Ministry of Finance’.

He also responded to the question on waiver of sovereign immunity.

“The Attorney General will bargain and conclude; what we are looking at are the financing terms and conditions and all of them have been presented to Parliament,” Musasizi said.

James Kaberuka, Kinkizi West MP said since the Attorney General will renegotiate the terms touching on sovereignty, the loan should be approved.

“Hon Members, you are the ones who will be raising matters of national importance on the state of roads and infrastructure in your area, how do you want the government to finance those projects?” he said.

Defending the loan request before Parliament’s Committee on National Economy yesterday, Musasizi said critical projects must be completed and that the releases of quarter two should be supported by cash flow, saying the loan offers the best terms compared to other available options.