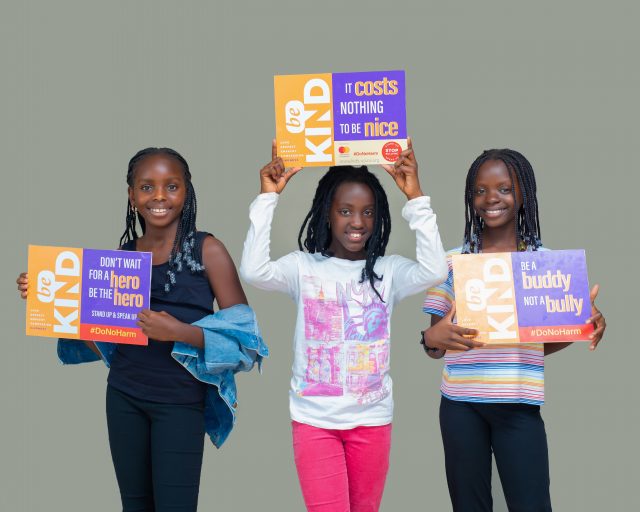 Bullying is one of the most pervasive forms of school violence and can cause long-term trauma into adulthood. In a study of 3000 young people in the UK aged 12-20, half revealed that they had experienced one or more forms of bullying. According to UNESCO, one in three students worldwide experiences bullying and physical violence each month. This global challenge carries numerous detrimental side effects that have broader societal implications. Both victims and perpetrators of bullying suffer across various dimensions, including personal social development, education, and mental health issues, costing their countries millions of dollars.

In many African countries, bullying and mental health are taboo topics worsened by low funding, miscommunication, and low awareness. UNICEF reports that the effects of COVID-19 have exacerbated bullying and mental health among children and young people. As a result, children experience cyberbullying, physical and verbal abuse, and psychological and social isolation. Due to its damaging effects on learning and behaviour, bullying has increased the number of school dropouts, drug addictions and pushed several children to take their own lives.

In the past four months alone, there have been over ten reported cases of child suicides in Uganda. Unfortunately, these are not just statistics but the real lives of children who felt hopeless without safe spaces for expression. For example, Kasule Arafat, a 14-year pupil of Kabira UMEA primary school, took his own life after allegedly reporting being bullied, but the school didn’t do anything to help. Sadly, many parents and teachers are not adequately equipped to deal with bullying and are sometimes even reported as the source.

As a profoundly concerned child advocate who also experienced bullying in school due to my deep voice, I am passionate about helping eradicate this growing cancer. My organization, Kids Voice International, launched the BE KIND campaign, an awareness campaign to reduce bullying in Africa through existing primary schools, parents, and community systems. The campaign empowers children (aged 7-15 years) to grow confidence to stand up and speak up about bullying.

The BE KIND campaign was developed in partnership with the Mastercard Foundation under the #DoNoHarm campaign to create a friendly environment where every child is treated with dignity and respect. Individuals, family members, and the community are responsible for protecting children from harm.

We have trained teachers, published Kids Voice books, developed guidelines and kits, installed message boards and talking compounds in schools, and set up Kids Voice clubs led by student advocates. In addition, we recruited child Ambassadors from the International School of Modelling to spread Be Kind messages in Uganda, Kenya, and South Africa, through their social media platforms. We have also partnered with development agencies, such as Right To Play and Finn Church Aid, to reach children in rural areas and refugee camps.

“Bullying is a huge challenge that requires strategic partnership and innovation. The Ministry of Education may not have funding for psychosocial support, but we are ready to collaborate and scale this innovative Be Kind campaign to reach more children in the country.” Patrick Kaboyo, Education Advocacy Network, Uganda.

When we empower children and give them the tools, information, and safe spaces for self-expression, they will gain self-awareness and become part of the social change. We provide children with the needed information to amplify their voices and teach them advanced nonviolent communication skills by creating empathy in conversations. We have developed storytelling circles where children openly share their experiences. The message to children is simple; one small act of kindness can change someone’s entire life. So, #ItsUpToUs to #DoNoHarm and #BeKind. Join us today to support children lead positive change.

Rehmah Kasule, is an Author, Social Innovator and Thought Leader in Gender & Youth Development. She is the Founder of CEDA International USA and Uganda, and a Senior Fellow of the Advanced Leadership Initiative at Harvard University. She was recognized by CNBC as one of the 33 Women Amplifying the Voices of African Leadership, together with the President of Tanzania and the President of Ethiopia.

SPORT Sandrah Nassali - November 29, 2022 0
Gaddafi will be without coach Wasswa Bbosa and winger Godfrey Lwesibawa for their visit to the MTN Omondi stadium, Lugogo for the KCCA clash. The...