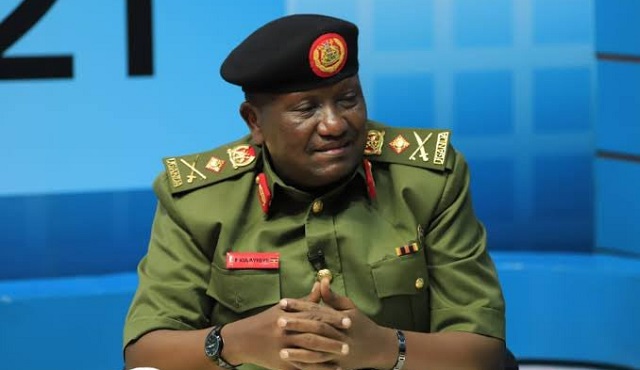 Two people have been arrested in connection to an attack on Gadaffi Barracks in Jinja City.

In a press release issued on Friday, the Army Spokesperson Brig Gen Kulayigye said Eyagu was deployed with Corporal Norico Kibirige to guard the small gate of the Ambercoat.

According to Kulayigye, the attack happened moments after Kibirige had gone to buy some drinks.

“In the attack, two SMG guns were taken and all efforts are underway to recover them,” Brig Gen Kulayigye said.

Fred Enanga, the Police Spokesperson, says that the attackers took advantage of the location of the mini-checkpoint, which is about 1 kilometer away from Gaddafi main barracks.

Brig Gen Kulayigye and Enanga said they are conducting a joint operation in order to have the attackers apprehended. Police said that sniffer dogs led to the arrest of one of the suspects who was found hiding in a trench. Police say that Corporal Kibirige has also been arrested.

“Our Joint Regional security task teams responded immediately upon learning about the incident and cordoned off the area. An immediate search, with the use of K9, led to the arrest of one suspect who was found hiding in a trench. The second UPDF guard who left the mini-checkpoint is also arrested for further interrogation,” Enanga said.

Security personnel have since last year been investigating incidents of attacks on police posts.

A number of arrests have been made and the attacks are being linked to a rebel outfit, the Uganda Coalition Forces for Change –UCFC whose alleged commander David Frank Ssemogerere alias Col Ndugwa was arrested and charged in the General Court Martial.

It is alleged that members of UCFC attacked Busiika Police Station in Luwero district and killed two police officers and took away guns. The attacks on police posts had forced the Inspector General of Police, Martin Ochola, to implement President Yoweri Museveni’s 2019 sub-county policing model advice. 129 police posts have been merged and others are in the pipeline.