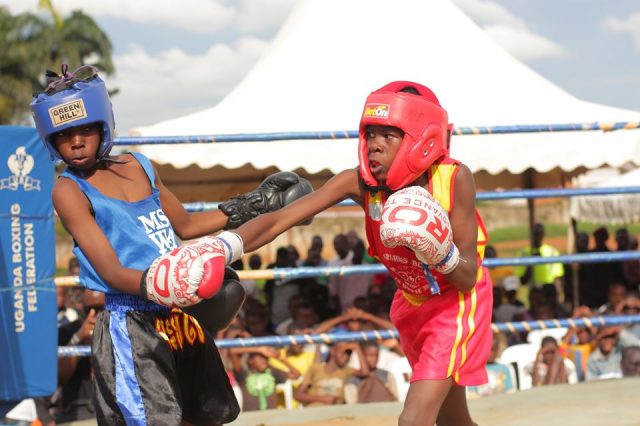 The Uganda Boxing Federation (UBF) has called for the reinstatement of boxing in schools in a bid to develop the sport.

The appeal was made by the President of the federation, Moses Muhangi while appearing before Parliament’s Ad-hoc Committee that is investigating the usage of funds in the sports sector on Thursday, 08 December 2022.

Muhangi said that boxing has been banned from schools without a clear reason, with the latest letter from the former state Minister for Sports, Hon. Dennis Obua showing that he is investigating the safety of the sports to school going youths.

Muhangi says that the continued ban on sports means they will only be able to rely on ghetto youth only which he says is going to cause the demise of the sport in the country.
“Thirty years ago, boxing was suspended from schools; it was again suspended by Hon. Hamson Obua in June and I find it very unfortunate because every sports thrives on grassroots development, he said adding that, ’all the sports we have in the country are in schools and they are contact sports; if you look at rugby and kickboxing, these are all allowed to be in school but boxing is not allowed’.

Muhangi appealed to Members of Parliament to advocate for the return of boxing to schools saying as it stands, the sports is being discriminated upon.

He said the federation should be given an opportunity to demonstrate the safety measures they have in place so that the sport can be reinstated.

Meanwhile, the federation also faulted the National Council for sports (NCS) for asking them to account for more funds than they received.

He said that during an international game in Senegal, they requested for Shs600 million, but the NCS gave them Shs45 million but asked them to account for the original amount.

“Most time you go to the National Council of Sports, they say we shall buy for you air tickets and pay accommodation and then they expect you to account for It,” he said.

Muhangi also told the committee that although the government gave the NCS Shs7 billion for the Commonwealth Games in Birmingham, most of the delegates were facilitated by the organizers of the event and most of the government funds were used as per diem.

The Chairperson of the committee, Hon. Laura Kanushu tasked Muhangi to present all evidence in regards to his allegations.

“You said you were given Shs45 million and you were asked to account for Shs600 million, did you account? Have you ever accounted for money that you have not received? Can you give us what form of accountability you presented,” she questioned.

Muhangi however, said that they have not accounted for money they haven’t received and that is the source of their problem with NCS.

The committee also tasked Muhangi to present their audited books of accounts, detailed staff structure, accountability documents and their achievements to the committee.