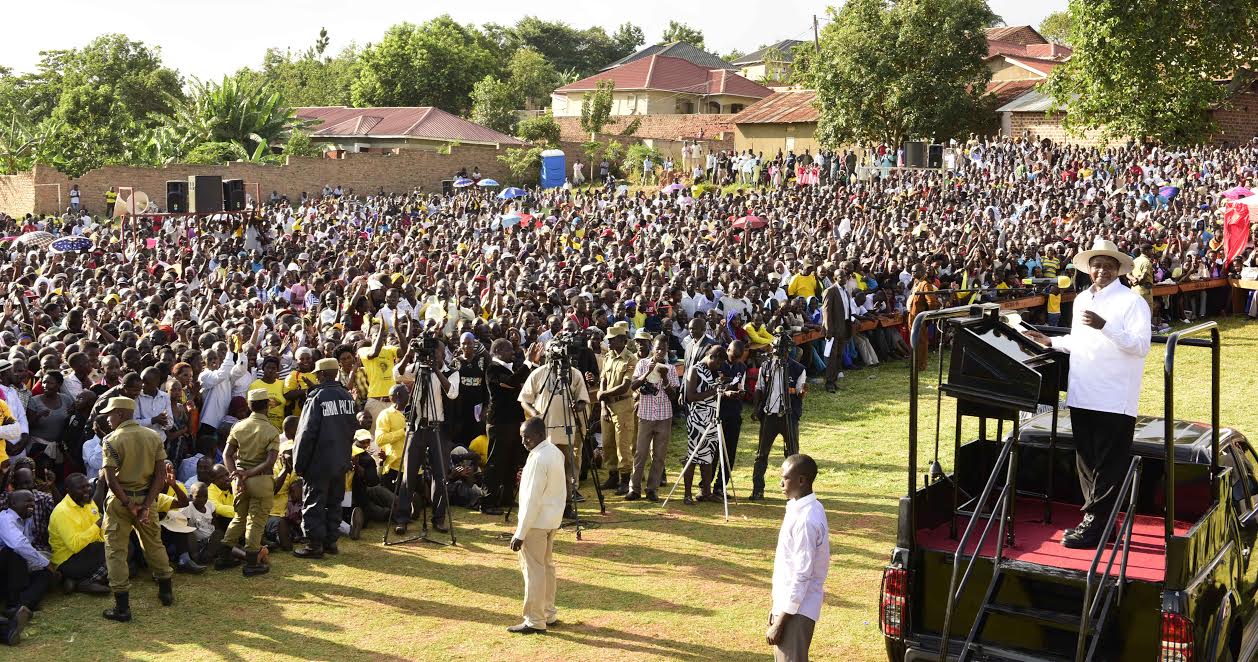 President Yoweri Museveni has urged the people of Bukasa, Kito and Namataba villages in Bweyogerere Division, Wakiso district, who are illegally occupying 600 acres of government land to vacate it willingly to give room for Government development plans of building an airport, an inland port and the construction of the Standard Gauge Railway around the area.

“It is important to have personal love. It is also crucial to love one’s family. But as a statesman, to have your country at heart is greater. You cannot survive on your own without the country you live in,” he said.

The President was yesterday addressing a rally in Bukasa Zone in Bweyogerere, Kira Municipality in Wakiso district whom he referred to as ‘innocent residents numbering 113,000 whose family units individually bought pieces of land ignorantly from people who falsely and fraudulently availed 29 fake land titles.

The area in question consists of government land that belongs to the National Forestry Authority (NFA). Part of that land comprises wetlands along Lake Victoria shores. The President castigated the National Environment Management Authority (NEMA) for being so lax about preserving that area leading to the illegal occupation of the land.

President Museveni told the rally that the National Resistance Movement (NRM) Government has effected total rehabilitation of the infrastructure in the country, committed strongly to the promotion of education and tackled the challenge of creating and increasing job opportunities for those educated Ugandans.

“If Bukasa people block the construction of an inland port on Lake Victoria, an airport, a rail-line and the building of factories to increase employment opportunities, that is an impediment to investment and national development,” the President observed.

The President informed the residents that the new inland port on Lake Victoria, when completed, will go a long way in reducing the cost of transporting a 40-foot container of goods from Mwanza to Kampala from US$4,000 to US$1,800 adding that this will provide great profit to the country when water transport is used as this reduces the cost by two thirds.

He also revealed that the Standard Gauge Railway from Mombasa to Kampala will cut transport costs from US$2,400 to US$1,260.

He, therefore, urged the residents of the area to appreciate the seriousness of the projects and the attendant benefits they will bring to the country.

He reminded the people of the area that cheap transport charges entail cheap electricity rates that are good for all investments and planning strategies since the country continues to attract more investors.