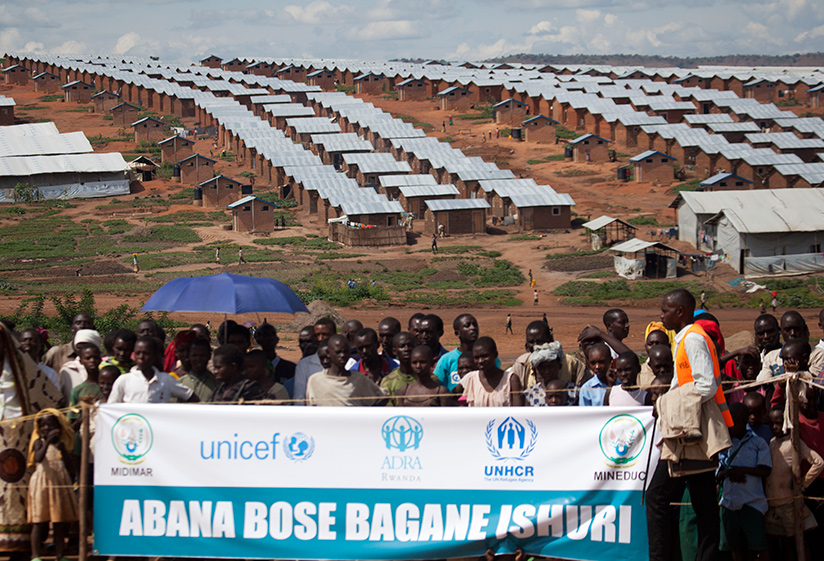 The ministry for Disaster Management and Refugee Affairs (MIDIMAR) has urged Burundian refugee parents at Mahama camp in Kirehe District to ensure their children go to school.

This was at the inauguration ceremony of new classroom blocks constructed at the camp for lower primary, on Monday.

The 81 classrooms were constructed for P1 and P2 at a cost of Rwf700 million.

The works were funded by the Adventist Development and Relief Agency (ADRA) in partnership with the MIDIMAR, United Nations High Commission for Refugees (UNHCR), UNICEF, and other partners.

They are expected to serve over 7,000 pupils.

Speaking on behalf of MIDIMAR, Aristarque Ngoga, the camp manager, noted that there was no excuse for denying refugee children education with a school in their midst and free scholastic materials given to children.

“We have a list of all identified families who did not register their children ready to start primary school and kept them at home to do household chores. Soon, we shall sit with all other camp regulation stakeholders to see how those families can be sanctioned accordingly,” said Ngoga.

He observed that, while the refugees could go back to Burundi, leaving property like houses, water and sanitation facilities behind, knowledge was a resource which no one can take away from them.

You have to grab such a great opportunity and use it optimally, he told the refugees.

Sara McGinty, the UNICEF’s chief education officer, said that denying children school is depriving them their basic right and putting their future at stake.

“Education is the greatest asset parents can offer to their children. Refugee children have to be offered this right to prepare a great future. As UN’s children agency we shall continue to offer and support all the initiatives that ensure all children are taken to school and study from a conducive environment,” she said.

According to the camp officials, the registration of pupils is still ongoing.

The new classrooms complement another school constructed in the vicinity of Mahama Refugee Camp, where almost 20,000 students have been enrolled.

Since July 2015, all Burundian children of school-going age started going through a five-month induction programme aimed at acquainting them with the Rwandan education system before starting school in 2016.

UNICEF Rwanda Humanitarian Situation Report on Burundi refugees for January 2017 indicates that the number of refugees in Rwanda had increased to 84,194, with about 52,520 living in Mahama Camp alone.

The number of refugees in the three reception centres (Bugesera, Nyanza and Gatore) is 821, while approximately 30,853 refugees are living in urban areas in Kigali and Huye.

In the last two weeks of December 2016, 22 to 80 Burundian refugees were arriving in Rwanda per day, most of whom women and unaccompanied or separated children.