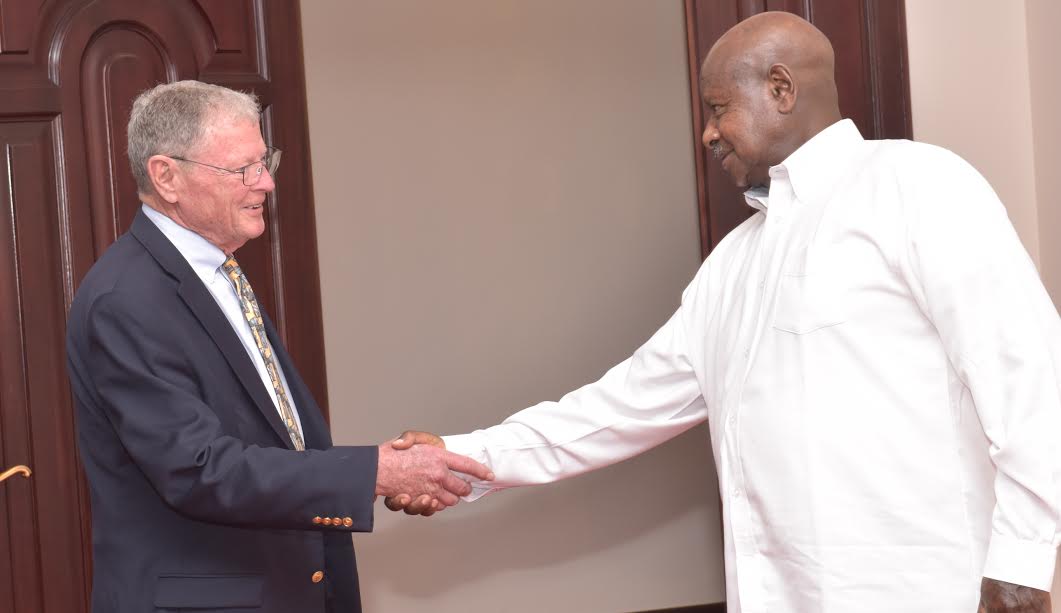 President Yoweri Museveni has urged the new American President, Mr. Donald Trump to strengthen ties with Africa in general and Uganda in particular owing to the growing purchasing power of the African continent saying this will present a good opportunity for trade between the United States of America and Africa.

The president was speaking during a meeting that he held with a visiting delegation of American senators who called on him on Thursday afternoon at State House, Entebbe.

Museveni and his guests discussed a number of issues centering on regional security, trade, education and the refugee situation.

He thanked the United States government, through agencies like the United States Agency for International Development (USAID), for continuing to support Uganda in various projects within the country in particular and the region as a whole.

Senator James Inhofe, a senior us senator from oklahoma, who led the delegation, described Uganda as America’s best friend in peacekeeping operations.

He expressed regret over the delay at reaching a successful and conclusive solution to the Kony remnants.

He, however, reiterated the US commitment to doing what is necessary on delivering a solution. “The conclusion is always the hardest part,” he added.

New Mexico senator, Tom Udall, shared with the president concern over the growing rates of unemployment mainly emanating from the misguided trend of exporting raw materials, like coffee and cotton.

“This is why we are emphasizing that our people should benefit from their raw materials by setting up the manufacturing plants here. That way, we do not lose our money and jobs for the young people,” Mr. Museveni observed.