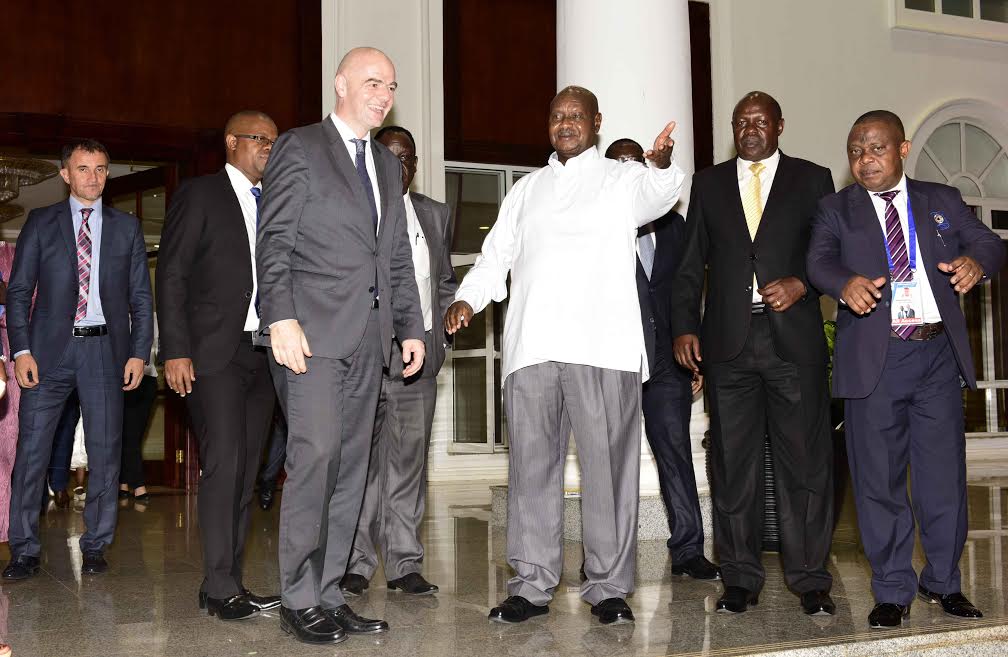 President Yoweri Museveni and the visiting FIFA President Mr. Gianni Infantino, have discussed a number of issues pertaining to the development of sports in the country.

In a meeting last night held at State House, Entebbe, President Museveni assured the FIFA President and the country in general that the National resistance Movement (NRM) government will support sports more in the near future now that the basic infrastructure has been addressed.

“The government will support sports more in the future. Uganda had been engaged in some of the basic social infrastructure. In the coming years, we shall be in sports,” he said.

Mr. Museveni informed his guest that the government had a lot of challenges that had to be addressed before embarking on things like sports.

“God created things in 6 days and created human beings on Saturday. This does not mean that human beings are not important. No. But some things had to be done first. What is it to have sports with insecurity? We couldn’t skip basics for sustainability,” he added.

He further informed the visiting FIFA delegation that the government supports sports and does not interfere with sports activities unless there is misuse of resources and corruption, which is a crime. He added that that he himself is a football fun.

“I used to follow football until 1970 when I went into other things,” he noted. 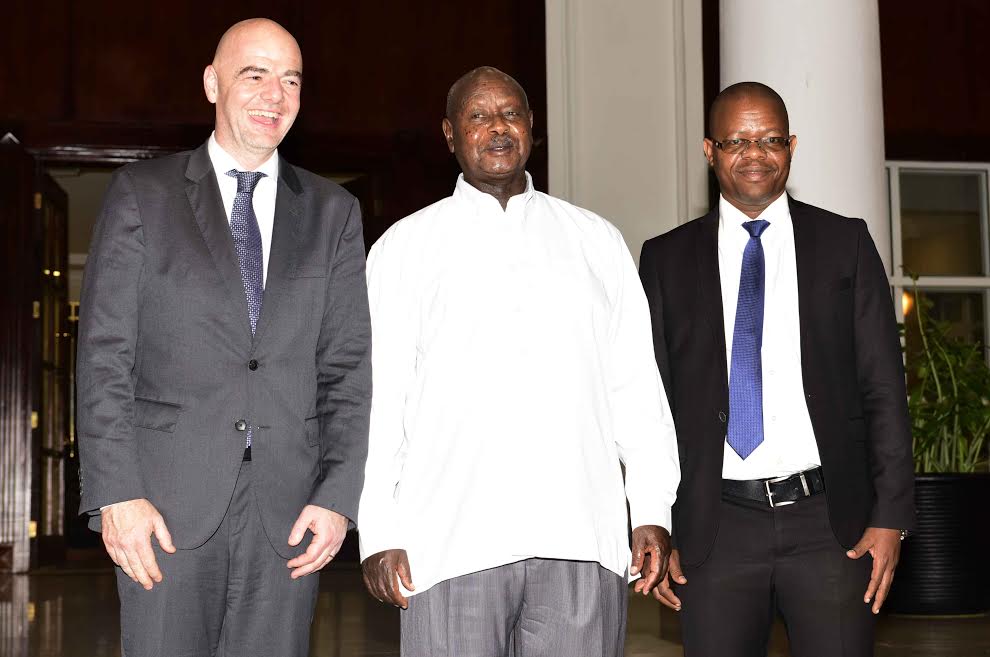 President Museveni also discussed with Mr. Infantino more ways of improving and promoting sports in Uganda and mentioned the renovation of stadiums, among others.

Mr. Museveni used the occasion to congratulate the national soccer team, the Uganda Cranes, for the job well done in the FIFA tournament.

The FIFA President, Mr. Gianni Infantino on his part, thanked the President and the government for all efforts geared to the promotion of sports in the country.

The meeting was attended, among others, by State Minister for Sports, Hon. Bakabulindi Charles and Federation of Uganda Football Association (FUFA) President, Mr. Moses Hassim Magogo.