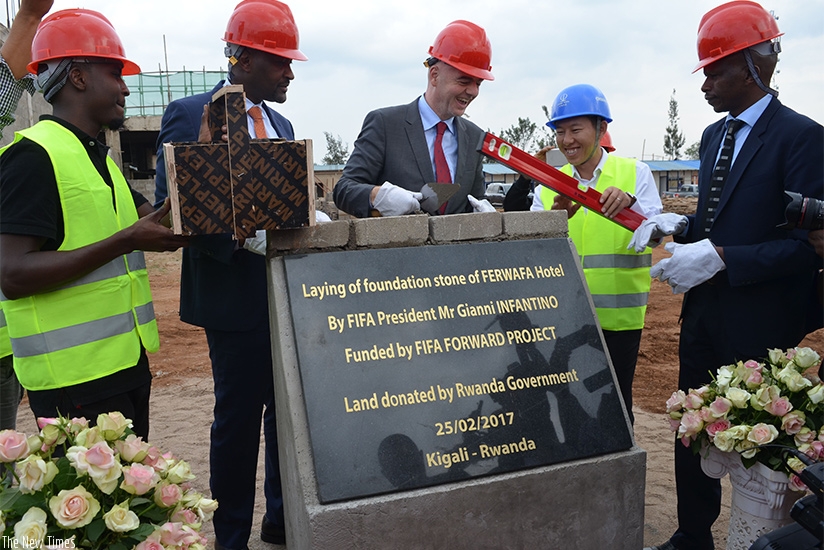 The hotel project which will cost Rwf4billion is funded by the Fifa Forward project and is meant to boost the game of football in Rwanda.

Infantino, who arrived in Rwanda on Saturday for a two-day official visit, watched the league match between Rayon Sports and Police FC at Amahoro Stadium.

He is expected to visit Kigali Genocide Memorial Centre in Gisozi to pay tribute to the victims of the 1994 Genocide against Tutsi before leaving the country on Sunday afternoon.

Prior to his visit in Rwanda, Infantino visited and held meetings with the Presidnet of Uganda, Speaker of Ugandan parliament and officials of the Football governing bosy in Uganda, FUFA.