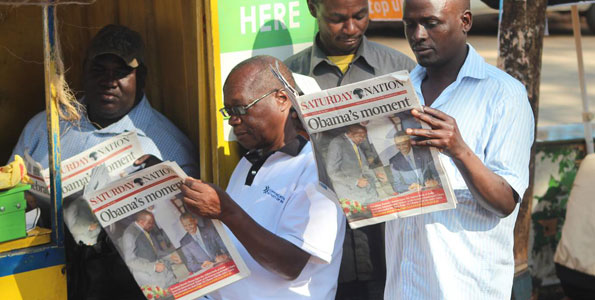 According to a memo dated February 8, 2017, the ban also includes tenders and job applications. In the memo, head of Civil Service Joseph Kinyua warns accounting officers that they “will be forced to pay from their pockets any ads placed in private media”.

Government adverts will now run in My.Gov, a government-owned magazine, which ironically is being circulated in two privately-owned newspapers: TheStar and People Daily at a fee.

In fact The People Daily is a publication of Mediamax Limited, a company associated with President Uhuru Kenyatta.

Annually, government spends about $20 million on advertising. Although the cut could save tax payers money, the cut will likely hurt private media whose lifeline is advertising – and government one of the largest advertisers.