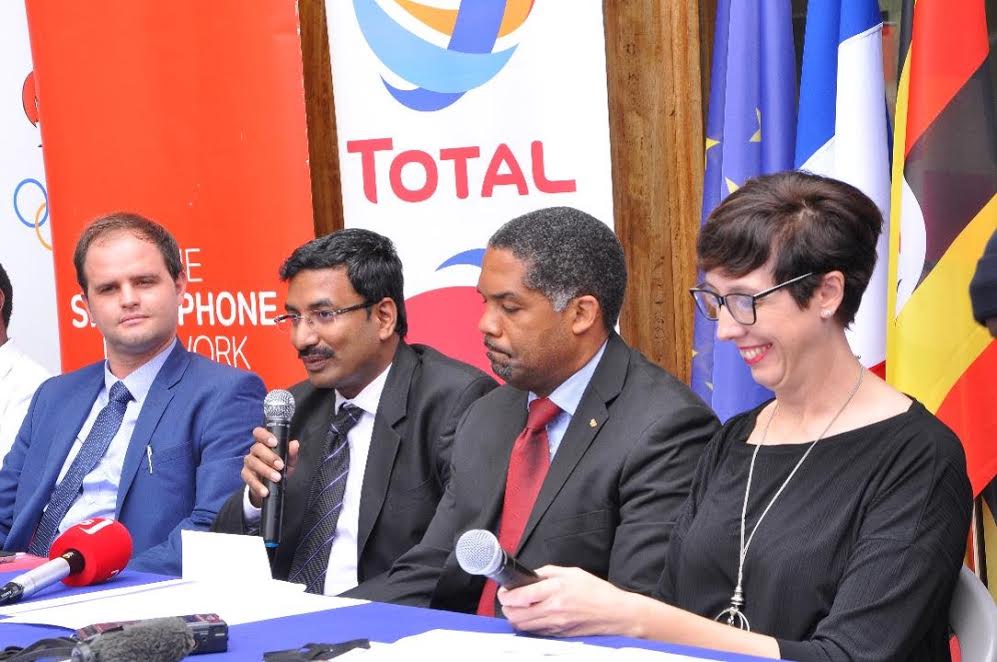 Airtel Uganda has announced its partnership with the French Embassy to celebrate the France – Uganda Friendship Week.

Scheduled for 18th to 25th March 2017, the friendship week purposes to organize a joyful, positive series of events consecrating the friendship between Uganda and France through music, culture, food, wildlife and sport. Additionally, the week will also include a humanitarian aspect where funds collected will be donated to a chosen charity project.

Speaking during the press conference to announce the partnership at the French Embassy, Mr. Phanindra Nichanametla, the Airtel Uganda Finance Director expressed happiness at the opportunity to partner with the French embassy in a series of events that celebrate the friendship between two great countries.

“Partnerships are essential to the development of a brand and we at Airtel Uganda have always been and will always be willing to get into partnerships that promote culture, wildlife, music and sports,” he said.

“One of the activities that very strongly resonates with us during this week will be the football match between the Uganda Cranes, which we sponsor, and the French Military Football Team,” he added.

As part of the Friendship Week, a host of activities has been scheduled in partnership with different entities. Some of these include; Francophonie in collaboration with other francophone embassies, eco-tourism, Good France to promote the French fine dining, debates at Makerere University, sports in schools and the music and football event at Mandela Stadium on the 25th of March.

There will also be a charity dinner at the French Residence, proceeds from which will be given to a chosen charity project.