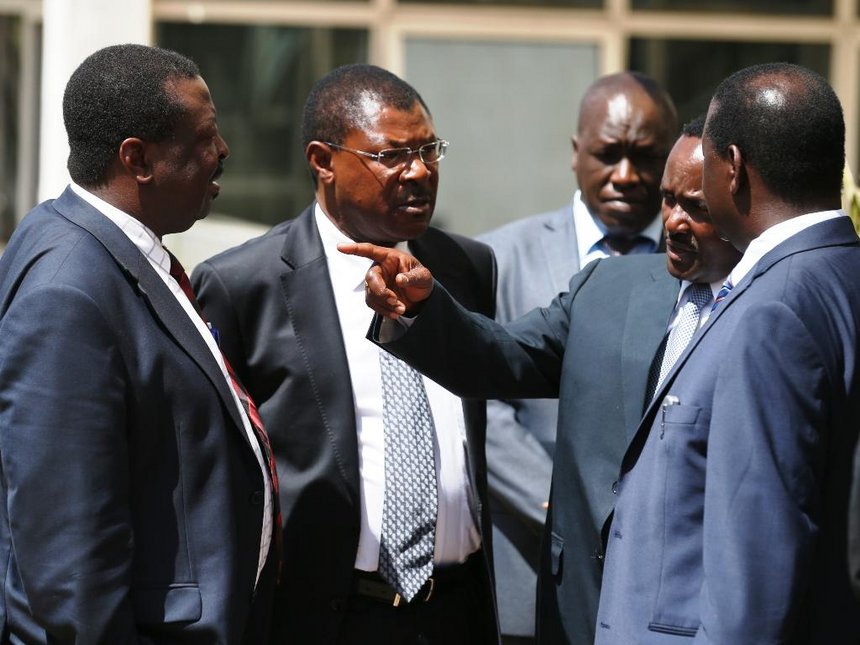 The National Super Alliance (Nasa), a grouping of Kenya’s top opposition politicians, has dared the elections body the Independent Electoral and Boundaries Commission (IEBC) to come tell the nation of their preparedness to hold general elections in August.

Nasa principals’ comments follow after IEBC cancelled a tender for voter identification and results transmission systems. Alliance principals Raila Odinga, Musalia Mudavadi, Kalonzo Musyoka and Moses Wetang’ula then issued a seven-day ultimatum starting IEBC within which IEBC should respond to a letter they had written to it raising their concerns about the level of preparedness for the polls that are just five months away.

At different campaign grounds in Tharaka Nithi, Nasa principals expressed worry that IEBC reported unpreparedness would result in botched polls that could plunge Kenya into post-election violence such as the 2007-08 blood-letting hostility.

Mudavadi said: “IEBC should come out in the open and tell us if they are ready to conduct the elections. We have written to them raising our concerns but they are yet to respond.”

“If anything goes wrong during the elections, IEBC will be solely responsible because Kenyans are not ready for another bungled election. We have told them that all the checks should be in place to ensure that we have a free and fair election,” Wetang’ula added.