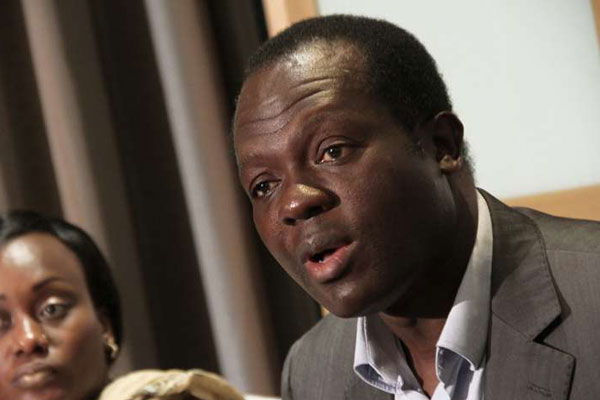 Orengo’s and indeed Nasa’s concern was re-echoed by the alliance’s principals Musalia Mudavadi, Moses Wetangula, Kalonzo Musyoka and Raila Odinga on various campaign stops. They even issued a seven-day ultimatum within which IEBC is expected to respond.

But Jubilee secretariat head Raphael Tuju has Thursday issued a statement claiming that Nasa had already lost the election and were planning to disrupt polls and snatch power.

“It is evident that the opposition fear defeat in August and wish to disrupt the polls. Their goal is clear: to call into question the whole process, and eventually the results.

“We demand that the opposition allow the IEBC to proceed with the extremely important work of overseeing credible elections and publically agree to accept the result in August,” Tuju said.

He also accused Nasa of blocking the procurement of voting equipment and ballot papers, as well as obstructing the selection of auditors KPMG to verify the voters’ register.

“So on what grounds do they accuse others of influencing that body or to complain about delays? Nasa claim to be the champions of democracy but their actions demonstrate clearly that their real intention is a dangerous attack against democracy itself

“The real question is not whether the country is ready for elections in August, but whether Nasa wants this nation to hold transparent elections at all.”

Meanwhile, Jubilee Party are reading unfairness in what they call a close relationship between Nasa consultant Edwin Ngonga and IEBC ICT boss James Muhati. According to Tuju: “Jubilee is alarmed to learn that comprehensive details about IEBC technology has been shared with Nasa and demand that such details also be given to Jubilee and other stakeholders.”