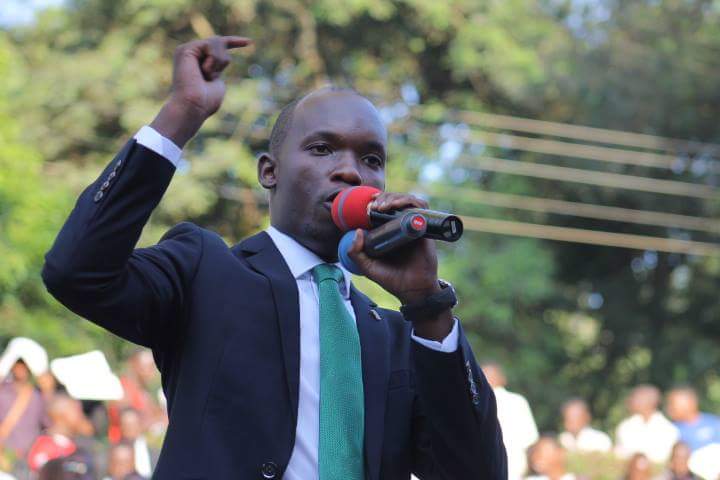 While he was making his final remarks the 82nd guild government was dissolved, the 82nd guild boss Roy Semboga cited voluminous achievements including the permanent scrubbing of the 60% policy, Face of Muk which helped spread breast cancer awareness, engineering the fundraiser for erecting the perimeter wall boundary, the Zantern partnership, allocation of 200 acres of land in Kabanyolo and introducing the Mak guild forum among others.

However, from students’ perspectives, the achievements have been overrated due to more, if not equal failures.

The Tower Post talked to samples of students about the performance of the outgone government in terms of achievements and failures and they had this to say;

One of the GRC’s who served the government but preferred anonymity so as to speak freely said he served a fraudulent government.

“The guild president was so money minded that he even failed to commission guild shirts which made it impossible to identify a guild executive from the common students,” he confided in The Tower Post.

The GRC also unveiled the reason behind what he called the dullest Face of Muk.

“Sembogga chewed 8 million out of the 10 million which was signed to be used in the Face of Muk. Only two million was used for the whole project,” he added.

Semboga’s government has also registered the highest numbers of ministers’ resignations of all times totaling to three ministers sealed by the latest resignation of the Premier, Jothan Yamureebire Burobuto.

This did not only reveal the loopholes in the leadership of the Medical student but also showed how its ministers had no faith in the government they served.

The Tower Post further spoke to some leaders of the Government sponsored students who said the outgone guild boss left them sidelined.

“He didn’t help us at all. The quality and quantity of meals continues to sink, the dilapidating halls of residence remain untouched and the meager living out allowances were not addressed,” said one student who is a leader in the Makerere University Government Sponsored Students Association, MUGOSA.

On the other hand however, some students said that Semboga’s government was destroyed by misfortunes right from the start to the end.

“The court case that reduced its term by almost half, the recent closure of the university left the government not in position to settle and execute all it intended to do.”

Roy Semboga became the guild president of Makerere University after a long court battle between him and his arch rival Bazil Mwotta who was at first declared the winner of the 2016/2017 guild election.

Semboga would later petition the Makerere Elections tribunal which overturned Mwotta’s win on grounds that there were election malpractices at the school of education where Mwotta hails.

The tribunal ordered for a re-election at the School of Education, a directive that Mwotta challenged in courts of law, although court didn’t rule in his favor.

A re-election at the school saw Roy Semboga declared the duly voted Guild leader and was sworn in the next day.

Semboga’s government was dissolved on Friday March 3rd and Imran Kassujja, the guild speaker will continue to hold office as the guild’s caretaker until the new regime is ushered in.