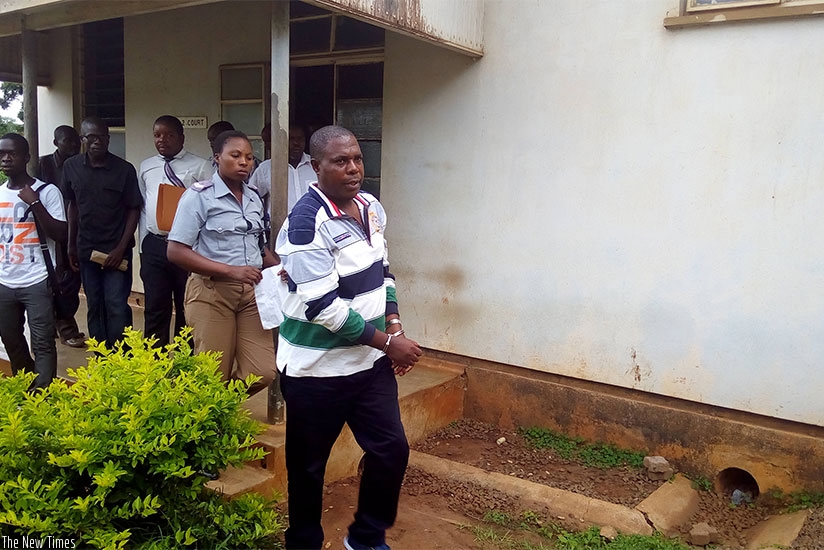 Rwandan businessman and Genocide convict Vincent Murekezi was on Monday sentenced to five years imprisonment for attempting to evade duty of about K2.2 million.

According to a statement by Anti-Corruption Bureau, made available to Maravi Post, Murekezi committed the crime in 2008 in collaboration with Komani Nyasulu, a Malawian national clearing agent.

“In 2008, the Anti-Corruption Bureau received a complaint alleging that on 30th December, 2007, Komani Nyasulu a clearing agent, corruptly received K200, 000.00 from Vincent Murekezi, a Rwandan businessman in order to facilitate evasion of duty of about K2.2 million,” reads the statement in part, signed by ACB spokesperson Egrita Ndala.

The release further revealed that both Murekezi and Nyasulu were taken to Court in 2008, where they were charged with corrupt transaction by private bodies that is in contradiction of Section 26 of the Corrupt Practices Act in the Laws of Malawi.

While the ACB concluded the prosecution case on the 4th May 2011, Vincent Murekezi jumped bail before the delivery of the judgment, and the case proceeded only against Komani Nyasulu who was convicted and sentenced in April, 2011.

On 2nd February 2017 the Principle Magistrate read the judgment to Vincent Murekezi in accordance with Section 139 of the Criminal Procedure and Evidence Code and convicted him as charged, the press release informs. Murekezi’s sentence will run from 2nd February, 2017.

In December, 2016 Malawi Police arrested him following pressure from local Malawians who had pushed for his arrest and extradition.

Murekezi has also been making headlines after reports emerged that he is also linked to the 1994 Genocide against the Tutsi in Rwanda. He was sentenced to life imprisonment in Rwanda by Gacaca courts for his role in the Genocide. Rwanda’s National Public Prosecution Authority spokesperson, Faustin Nkusi, confirmed that Murekezi is a Genocide convict who was tried in Rwanda, in absentia.

He’s wanted back in Rwanda and the two countries recently signed an extradition treaty, under which fugitives like Murekezi, would be extradited.