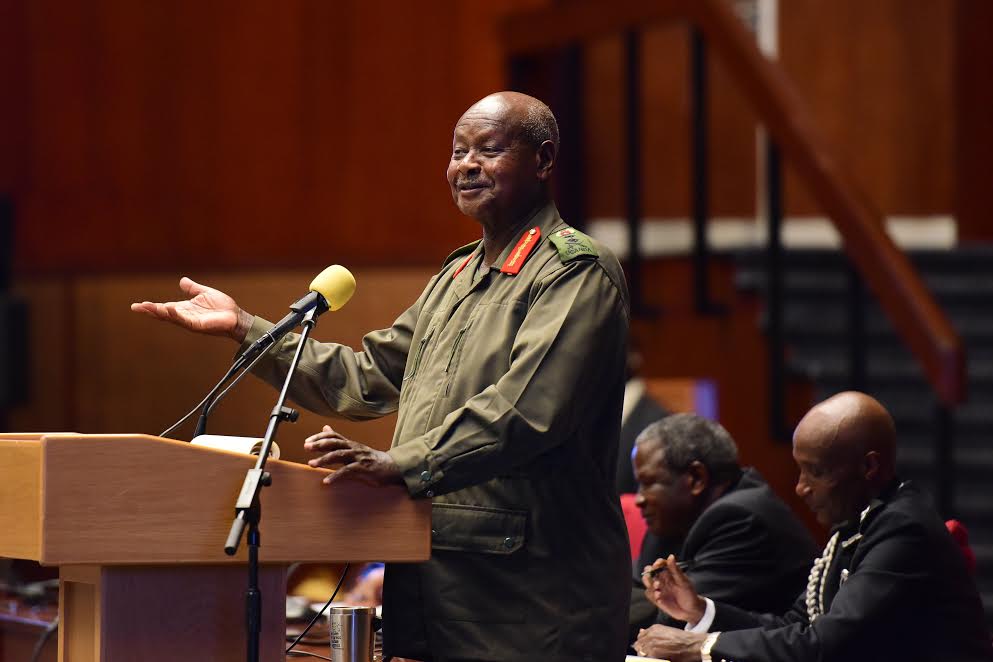 President Yoweri Museveni has called on leaders at all levels to take the campaign of sensitizing the masses against violence on women and girls to the grassroots saying that without the campaign to the most affected, the good legislation and the empowerment programmes will remain on paper.

“With sensitization, you need to penetrate the society if you must help the people. You must educate the people on the dangers of violence against women,” he said.

The President was opening the Kigali International Conference Declaration (KICD) at Serena Hotel Conference Centre in Kampala. The 2-day Conference is running under the theme ‘Combating Violence Against Women and Girls: the Role of Security Organs and the Community.’

Mr. Museveni pointed out number of things that have perpetuated the vice of violence against in the African societies especially wrong cultural beliefs, which, he said, can be addressed through sensitization.

“When you are talking about violence on women, the first thing to remember is ideology. The idea of saying that women are inferior is totally rubbish. Women are not only equal but may be even superior. I have never carried a baby in my stomach for example,” he said as he called on men to respect women.

Mr. Museveni highlighted a number of interventions to reduce the problem of violence against women and girls and cited addressing ideology, education and cultural advancement, economic empowerment and legislation, among others. He added that all those must be supported with sensitization to the communities. He asked leaders and Government Ministries responsible to use the available means of communication especially radios stations to address the challenge.

The Minister of State for Gender and Culture, Ms. Peace Mutuuzo condemned the inhuman treatment of women and girls that has been going on. She called on all stakeholders to put in extra effort to end the violence against women.

The United Nations Women Representative to Ethiopia, the African Union (AU) and the United Nations Economic Commission for Africa (UNECA), Ms. Letty Chiwara thanked President Museveni and the Uganda Police for organizing the important conference that seeks to address the violence against women and girls. She emphasized the important role of media in combating the vice.

The Inspector General of Police and the incoming Chairman of KICD, Gen. Kale Kayihura saluted President Museveni for being at the forefront of fighting violence. He called for combined effort in fighting violence against women and girls.

Participants from over 25 African countries including the Central African Republic, Rwanda, South Africa, Sudan, Burundi and Equatorial Guinea, among others, are attending the two-day conference.