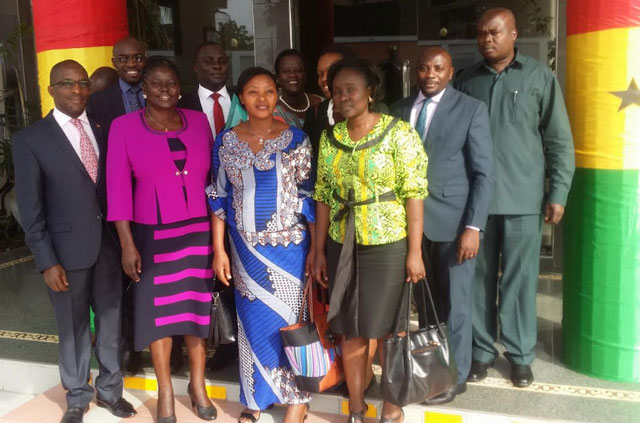 Leader of the Opposition in Uganda’s Parliament has told a seminar of African opposition parties in Accra, Ghana, that opposition politicians are government’s partners – not enemies.

Winnie Kiiza explained that opposition played an advisory role and were a government in waiting.

“I look at someone who advises me as their friend; I don’t look at that person as an enemy most especially if that person is looking at the weaknesses that I have because when you point at my weaknesses, you want me to be better,” said Kiiza, also Kasese Woman MP.

She also urged government to give the opposition audience for effective service delivery.

“On many occasions we have worked with the government; the challenge is that we are perceived as those whose role is criticizing government. People do not think that we can work towards providing solutions to the challenges we bring forward,” she said.

The seminar being held under the theme: Strengthening the Role of the Opposition in Parliament for Effective Governance and Oversight has been organized by the African Centre for Parliamentary Affairs.

The organisers hope that the seminar will improve the capacity of opposition parties in holding government accountable, stimulating debate and on how to partner with the press and civil society organisations to promote good governance.

Kivumbi was worried that the electorate had a wrong thinking that when a member of the opposition works with government s/he has been compromised.

Kivumbi also faulted government for making it appear that opposition figures who work with government had been compromised.

“There are issues that are non-partisan, where we can find a middle ground and build a win-win situation. The winners in that situation are the people, but they themselves undermine that possibility by saying, whenever the opposition works with government they are compromised,” Kivumbi said.