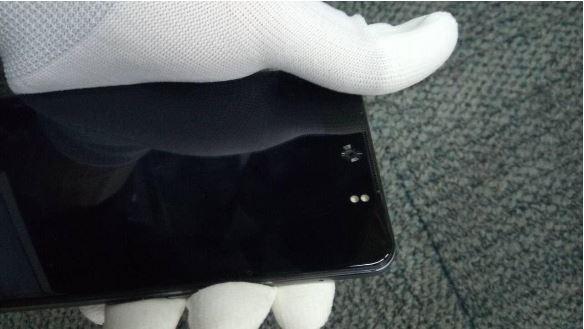 Get ready, the next Camon smartphone is almost here and we have some leaked images to wet your appetite.

We were impressed with the first iteration of the Camon series, Camon C8.  It was a phone many loved for its superlative camera which was said to be better than the IPhone 7 camera.

Last year they raised the bar in smartphone camera by producing the first 13MP front and back camera phone, in Africa. They called it Camon C9.

The phone’s camera surpassed everyone’s expectations especially the selfie and in low light environment beating most of the high-end device’s cameras hands down. So if the Camon C8 and C9 were that good, then the next Camon is going to be hot!

Leaked pictures acquired from Tecno’s insider, the next Camon smartphone is launching soon with a large ultra-pixel 16MP camera. Get ready to be wowed with what Tecno is bringing to the table this time around. It’s going to be a bang.

From the leaked image, one could see that the camera has a very large sensor just like the one recently seen on the iPhone 7.

At the moment the IPhone 7 has one of the best low light camera on a mobile device, could it mean that Tecno wants to dethrone the iPhone 7 by implementing a better camera on the upcoming Camon smartphone? I will leave you to be the judge while we wait for the official unveiling but I foresee two elephants about to slug it out!

To be sure that the leaked image wasn’t that of an iPhone 7, I double checked with iPhone 7, my research proved that they are similar but yet different. The leaked image actually has a more polished design with seamless curved edges. Any thoughts on this?

This is the front screen of the upcoming smartphone. It has a centralized front camera just like the one on Camon C9 but we were not able to ascertain the number of megapixels it will be coming with. You all can start guessing what the front camera will be.

This will be a nice innovation and we are super excited about it. So if this leaked image is anything to go by, the upcoming smartphone is going to be great for low-light selfies.

I’m pretty sure I will be right when I say we just can’t wait for the unveiling of this much talked about Camon C9!

We all love slim and light smartphones, they are beautiful and easy to hold in transit.

From my little research the Phantom 6 takes the crown as the slimmest dual back camera phone measuring about 6.15mm in thickness. But it all seems the title won’t be for long as the third leaked image shows a very slim device beside a magazine.

Looks like there will be a battle between “skinny gal and lepa”!!! Lol

While not so much is known about the other specs of the upcoming device this time around, it’s safe to assume that it will at least come with 3GB of RAM, Android 7.0 Nougat, and impressive low light selfie camera. So guys, let the countdown begins!!!