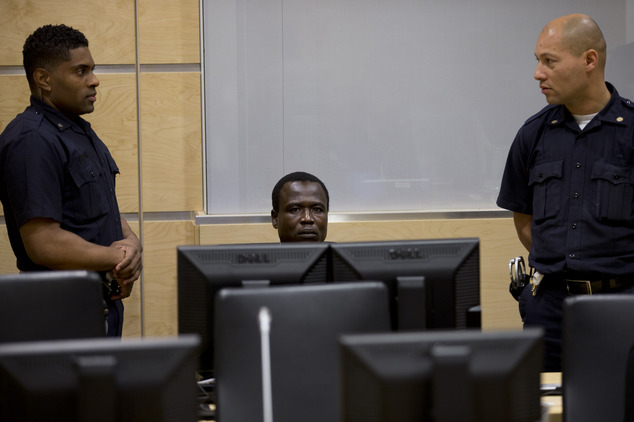 A former fighter of the Lord’s Resistance Army (LRA) told the International Criminal Court (ICC) he suffers nightmares to date, and the injuries he received while fighting for the LRA have never healed properly.

Witness P-330 told the court on Tuesday about his nightmares and injuries as part of his testimony as someone who is registered as a victim in the trial of Dominic Ongwen, a former LRA commander. The witness testified last week that he was abducted by the brigade that Ongwen led, and he later became an escort to Ongwen.

This makes Witness P-330 the first dual status witness to testify in the trial of Ongwen. A dual status witness is someone who is a prosecution witness but is also registered as a victim in the case. The witness has already testified about his role in attacks between 2003 and 2004 on camps for people displaced by the conflict raging at the time in northern Uganda. The chamber trying Ongwen has granted him partial immunity for this testimony.

The fact that Witness P-330 has testified to participating in crimes that fall within the jurisdiction of the ICC but is also a victim of similar crimes is one of the key legal issues facing Trial Chamber IX. Ongwen, like Witness P-330, was abducted when he under 15 years of age, the legal age limit for a boy or girl to be defined as a child soldier. However, Ongwen is also accused of 70 counts of war crimes and crimes against humanity.

On Tuesday, Witness P-330 told the court his nightmares occur around Easter time each year.

That is when he sees “rotting corpses fall on me and start strangling me in the night. I also have terrible nightmares. That is the reason I do smoke because when such a thing happens I get up and start smoking.”

The witness said these nightmares occur for some months during the year, and they affect his life.

“Sometimes when I am already in bed with my wife, and my wife would ask me, ‘What’s wrong with you, are you getting mad?’” Witness P-330 told the court.

Witness P-330 said he was injured during an ambush by Ugandan government soldiers and was wounded in his right leg and his left arm.

“I was shot in my leg and also a splinter [or shrapnel] from the gunship hit my arm,” he said.

“How were you treated for your injuries?” asked Paolina Massidda of the Office for Public Counsel and Victims. Massidda represents one group of victims in the Ongwen trial, including Witness P-330.

“They used warm water with soap for cleaning my wound, and they also used shea butter and this was done until the wound got cleared,” he replied. He said he also suffered chest problems from carrying the ammunition box for a PK machine gun his LRA unit used.

Witness P-330 said, “sometimes when I cough, I cough out blood because I carried the PK tin for a long time.”

“Do you have to still perform your tasks or you could rest?” asked Massidda, in reference to his time in the LRA when he was injured.

“There was no rest. The only thing is that you would not be taken to the standby or to an attack,” replied the witness. He said if their position was attacked by Uganda government soldiers, then whether one was injured or not, one was expected to run.

“If there was luggage to be carried you had to carry the luggage,” Witness P-330 said.

“When you managed to escape [from the LRA] did you receive medical treatment for your injuries?” asked Massidda.

“For the injuries I incurred I didn’t get any treatment because as soon as I came back there was no one to help me. My mother was too weak. My mother was struggling to send me to hospital, but there was no money for that so I still struggle with my injuries till today,” the witness said.

Witness P-330 told the court he is a fisherman, and what he earns is what he uses to take care of his wife and three children. He said as he is the eldest in his family, he also takes care of his mother, his two brothers, a cousin, and two other children. He said his father was in the Ugandan army and died when he was young.

Francisco Cox, a lawyer representing another group of victims, asked Witness P-330 about his daily routine when the LRA is not fighting.

“From the bush there was no routine work that you would do. There was no schooling. You have to wake up early. You take your bedding. You don’t sleep on a normal bed. You sleep on grass. Sometimes you only have a jacket or just one bed sheet that you use covering yourself,” the witness replied.

Cox asked him whether he ate regular meals in the LRA.

“Sometimes you eat once a day. There are also days when you sleep hungry without food,” the witness replied. He said if they are attacked and a person was cooking, they were expected to carry the food, “on your head with a hot saucepan.”

“Were you able to build friendships, relationships inside the holy?” asked Cox.

Witness P-330 said it was not easy to develop friendships or relationships, saying, “If you begin to have any relationship you will be suspected to be planning to escape, so there was no friendship in the LRA group.”

Tuesday began with trial lawyer Beti Hohler continuing to question Witness P-330. She asked him about a time members of his brigade and another LRA brigade converged on a village in northern Uganda. He said that one of the child soldiers escaped with a gun and one of the villagers helped that child to get to Ugandan soldiers who were nearby.

“The body pieces were cooked in a pot, and people ate the meat,” the witness told the court.

“These were other civilians who were not killed. They were lined up and come with their saucepans and they were given pieces of meat. Other people were pushed and people burnt in the huts,” said the witness.

Much later in the day, when Cox asked him about his life before the LRA, the witness said that he only studied for the first two years of primary school, and he has realized it is important for his children to get an education.

“I see that when you have no education, it is difficult for you to know what’s going on,” the witness said. 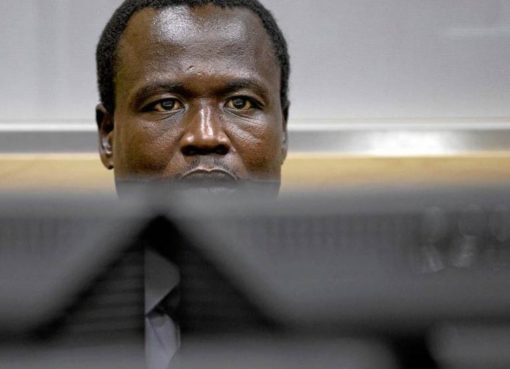 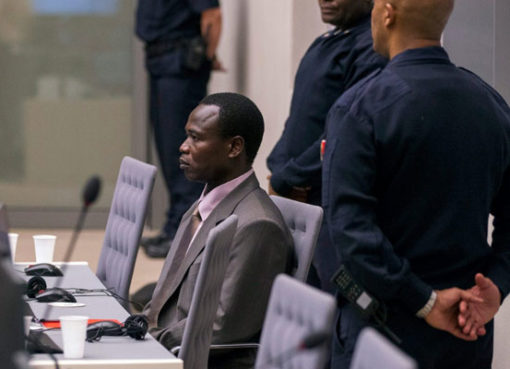