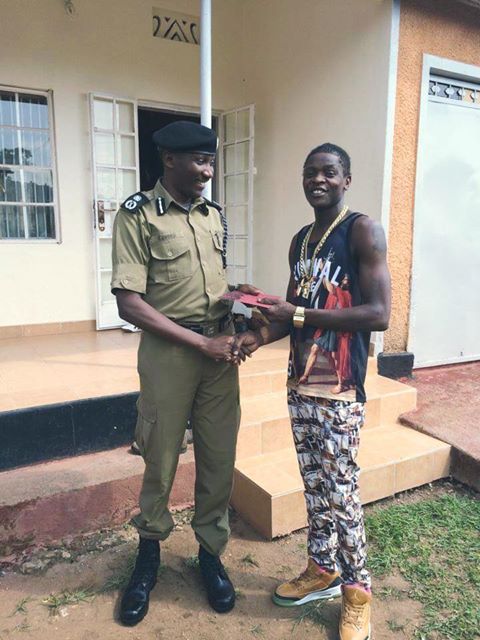 Popular Ugandan singer, Jose Chameleone has described AIGP Andrew Felix Kaweesi as a “great friend” in his eulogy to the departed Police Spokesperson.

AIGP Kaweesi was shot dead by unknown gunmen about 100 metres outside his home in Kulambiro, Nakawa Division. He was in the company of his driver and bodyguard, who were also killed.

“My sincere condolences to the Family, Friends and Uganda police Force.We lost a great Friend!!!
Andrew Felix Kaweesi May your soul rest in eternal peace,” Jose Chameleone wrote of Facebook.

Several others Ugandan celebrities including musicians, socialites and comedians have mourned AIGP, Kaweesi on Social Media, sending condolence messages to his family and the Uganda Police Force.