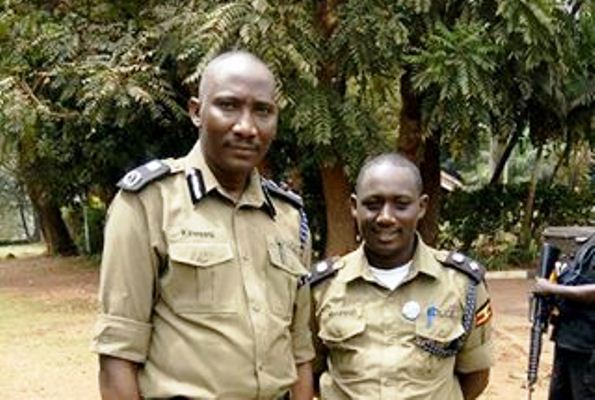 Mucunguzi who has been instrumental in keeping Uganda’s oldest institution of Higher learning safe describes Kaweesi as his mentor and personal friend.

“He inspired me a lot and I know we knew each other! He would tease me that I am a short jolly commander,” wrote Mucunguzi in his eulogy.

“I always reminded him that I married a tall dear wife; you were more jolly,” he further wrote.

Kaweesi who was an Assistant Inspector general of Police, was murdered on Friday morning as he left his home in Kulambiro, Kampala headed to Uganda Christian University, where he was supposed to speak at a seminar.

He was attacked by armed men, riding on a boda boda, who shot and killed him, together with his two body guards.

Mucunguzi has described him as “Our headmaster intake 2010 a.k.a Mr. perfect, kyapiri, chief of bush siyasa, smart tall Kyazanga hero, Mr Fixer, bridge between old guard and dotcom in charges and mentor of many.”

The instigators of Kaweesi’s murder are still at large although a joint operation between Uganda Police and the Chieftaincy of Military Intelligence (CMI) has been mounted to find them.