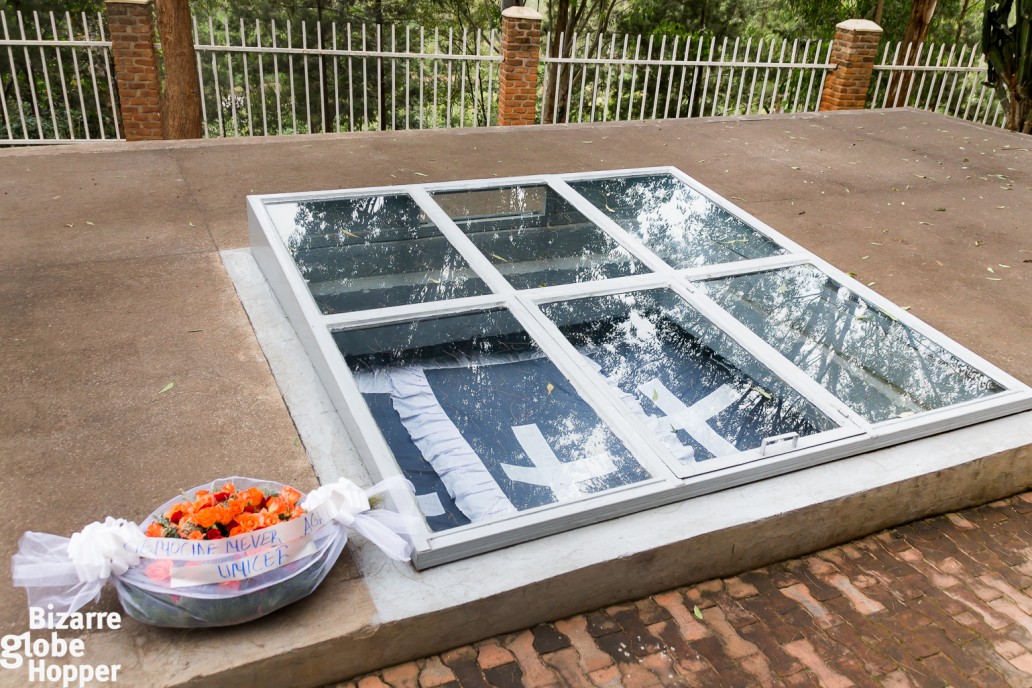 At a genocide memorial site in eastern Rwanda, remains of more than 40,000 Tutsi victims could soon be no more if urgent action is not taken.

The location, Nyamata genocide memorial site, was a catholic church prior to May of 1994. But from April 11 for the entire week in 1994, it became site for one of the worst massacre of Tutsis by combined force of the army and civilian militias.

Today, 45,308 victims lay there. Due to humidity, the remains are decomposing, according to IBUKA, the umbrella association of genocide survivors.

Inside the underground mass graves is where coffins containing the remains are placed. The cold and humid conditions are affecting the remains.

IBUKA has launched a national campaign mobilizing for support to wash the remains with special chemical composition that maintains them.

The Rwanda Defense Forces (RDF) and police were at the site recently. This Saturday, hundreds of genocide orphans under their groupings AERG/GAERG descended on the site, too.

Handling the remains is a very traumatic experience for some. Psychosocial help was at the scene to deal with breakdowns.

For hours, they washed the bones – many of which were for children who would have been same age as the AERG-GAERG members.

They were at the site as part of their month long trips to massacre sites dubbed AERG-GAERG Week which takes place every Saturday.

After the cleaning at the site, IBUKA officials told the youths that they should be ambassadors for the campaign.

“By April 7, all our loved ones inside Nyamata memorial site should have been restored to humane state,” said Rutayisire Jackson from IBUKA. “Please tell everyone out there. You can always come back anytime soon so we finish this exercise.”

And indeed, the genocide orphans responded in speeches that they would come back in the coming days to continue the cleaning.

At this same site, an Italian nun Tonia Locatelli gruesomely killed by the genocide militia, is also laid to rest. The nun flew to Rwanda in 1972, when she was 35 years old. Little did she know that she would be a victim of the genocide against the Tutsi, twenty years later.

In Nyamata, AERG – GAERG members last year, built houses for elderly genocide survivors. After the main activity of the day, they went to pay them a visit.

Beginning April 7, 1994, over a million Tutsis were murdered across the country, in just 100 days. Over 40,000 victims were buried at a place where once stood the Nyamata Catholic Parish. Their remains need help.