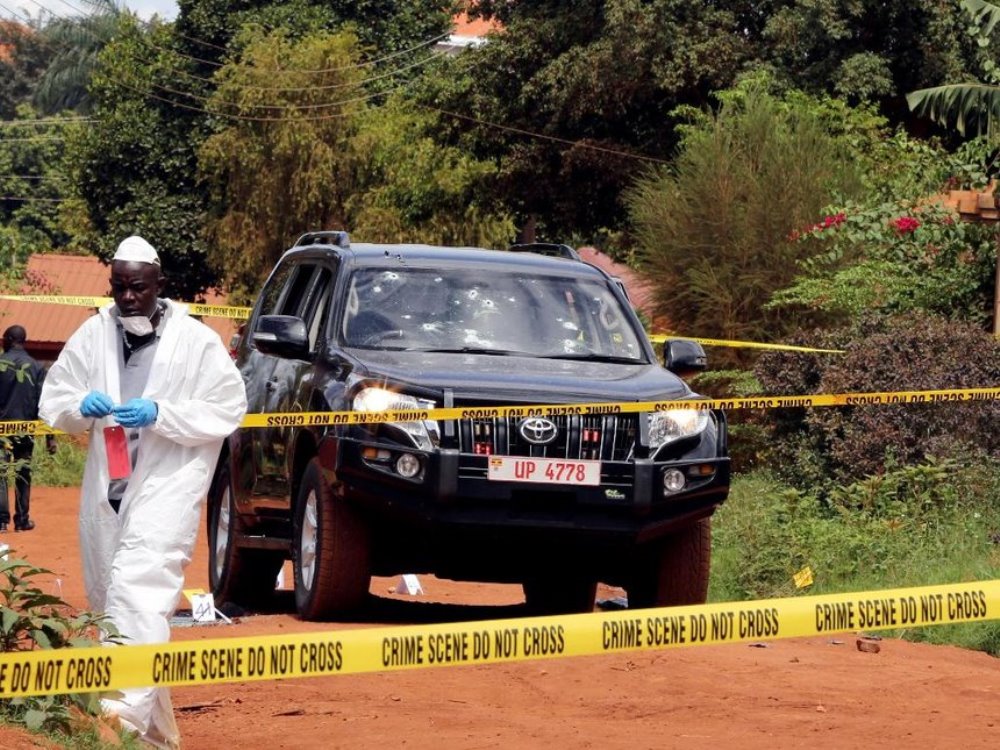 Uganda Police and other security forces have made progress in the hunt for assassins that murdered three police officers at Kulambiro in Kampala last week.

The shooting has led to a joint security hunt with the forces boosted by the professionalism of US Federal Bureau of Investigations (FBI).

Four days after the gruesome shooting, several witnesses have reportedly given useful clues and arrests have been made.

According to police chief Gen Kale Kayihura, police have Tuesday morning arrested a key suspect enroute to the neighbouring Democratic Republic of Congo.

Gen Kayihura told mourners at Kaweesi’s funeral in Kitwe-kya-Njovu, Kyazanga in Lwengo district that the police were alert and keen on closing in on the assassins.

“Even as we speak now, we have arrested some people. In fact this morning one of them was arrested while trying to run to Congo [DRC].”

However, Kayihura could not divulge more as it could impact on the ongoing investigations.