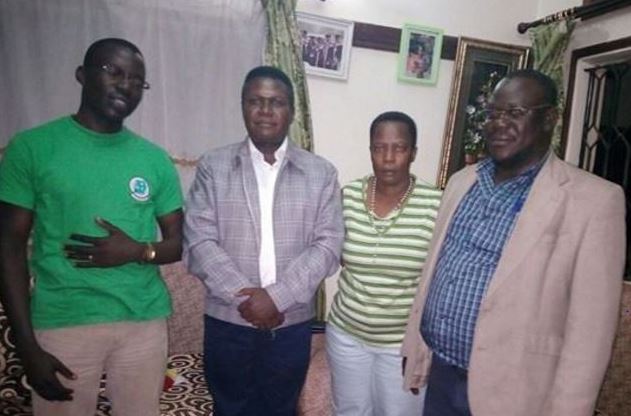 Mao and Mukono Municipality MP Nambooze have thrown jabs at each other with accusations in the press, Nambooze calling for the revival of the party and Mao suggesting that Nambooze is hell-bent on dividing the party on tribal grounds

The latest bone of contention was the Buganda Conference organised by Nambooze, the party’s vice president for Buganda region.

On Friday, Nambooze told reporters that Mao wanted to eject her out of the party and allow the ruling National Resistance Movement (NRM) poach on senior members.

Before two days could elapse, Mao, accompanied by DP acting secretary general Gerald Siranda, and Buganda Lukiiko member Henry Kasakya made an impromptu visit to Nambooze’s home where he reportedly apologised “for the conduct of some of my colleagues who  are running a smear campaign against your daughter”.

He also reportedly told Nambooze: “I am here to let you know that we have heard you, you have been loud and clear”.

Although he said he agreed with Nambooze’s reform plan, Mao reportedly frowned upon the MP’s assertion that he and Mbidde had been compromised by Ugandan president Yoweri Museveni, also the NRM chairman.

On celebrations to mark the day NRM took power, Mbidde attended, and Museveni described him as belonging to a “Good DP”, a comment that raised eyebrows of some in the party like Nambooze who argued that Mbidde was on his way to NRM.

Mao also endorsed Mbidde as the party’s sole candidate for regional parliament EALA, and he sailed through an NRM-dominated parliament.

Mao also reportedly tried to convince Nambooze to call off the planned Buganda conference but she stuck to her guns.